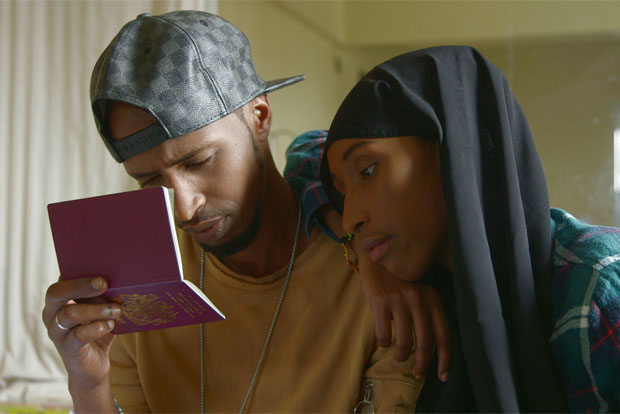 Film lovers are gorging themselves at the Tarifa-Tangier African Film Festival, the Strait of Gibraltar’s annual film bash. Now in its 16thyear, the FCAT runs from 25 April to 4 May at venues across southern Spain and northern Morocco, showcasing almost 70 fiction and non-fiction features from all over the African continent and diaspora.

Speaking of diaspora, the festival offers retrospective screenings of 14 Afro-American film classics that have shaped the history of filmmaking in the United States, from the early ‘race films’ produced for an all-black audience between 1915 and 1950 all the way to Spike Lee’s latest feature film BlacKkKlansman. Never before had a Spanish festival programmed such a wide-ranging tribute to Afro-American cinema. South of the US, homage is paid also to films made by Latin American and Caribbean filmmakers of African descent. Showcasing films from Colombia, the Dominican Republic and Mexico, this section addresses the invisibility of black people in a continent where almost one-third of the population is Afro-descendent.

Another FCAT sideshow is ‘Ghana in Four Acts’, a non-competitive film section celebrating Ghana’scontribution to cinema through four of the country’s key films. Among these are the veteran director Kwaw Ansah’s highly entertaining film Heritage Africa (1989), followed by A Sting in a Tale (2009), a beautifully constructed, thrilling tale which follows two young unemployed youths as they explore their world. The multi award-winning comedy by Peter Sedufia Keteke (2017) and Samuel “Blitz” Bazawule’s visually luscious The Burial of Kojo (2018) complete this selection.

The ‘Long-Sightedness’ section presents 14 films, produced on African ground in 2018 by African and African diaspora filmmakers. Among these gems are Freedom Fields, Naziha Arebi’s first feature film. The film portrays the experiences of a Libyan all women’s football team who share the dream of playing football for their nation. But is there even a country left to play for in dystopian post-revolution Libya? Arebi provides powerful visual answers to these questions.

Also using women’s football as a means to tell a deeper story is Oufsaiyed Elkhortoum (Khartoum Offside) by Marwa Zen. The documentary follows a group of exceptional young women in Khartoum who are prepared to defy the ban imposed by Sudan’s Islamic military government.

In New Moon, filmmaker Philippa Ndisi-Herrmann sets out to investigate a gigantic port project that threatens to disrupt the rhythm of the small island of Lamu, Kenya. But the real disruption takes place within her, as she develops a new spiritual awareness for Sufism. Guided by her deepest instincts, she reflects on the contradictions of being a modern, liberal woman embracing Islam and grappling with the complexities of her chosen faith.

Also in the competition section is the experimental documentary Mother, I am suffocating. This is my last film about you, by Lemohang Jeremiah Mosese. The filmfollows a woman bearing a wooden cross on her back as she traverses Lesotho’s wastelands, dusty streets and mystically beautiful landscapes. A symbolic sociopolitical voyage, spanning religion, identity and collective memory.

Religion and identity are also central to Lost warrior, a Somali-Danish documentary by Nasib Farah and Søren Steen Jespersen. Mohammed, the main character, is a young, former member of Al-Shabab who is in hiding from the terrorist organisation in Mogadishu. He dreams of escaping Somalia and reuniting with his young wife and son back in England. But Mohammed is not only trapped by Al-Shabab. He is also trapped by his own culture and its demands to uphold traditional and religious practices which do not ring true with him as a young man in today’s modern society.

In Al Gami’ya (What Comes Around), filmmaker Reem Saleh takes the audience to Rod El Farag, one of Cairo’s poorest districts. Saleh spent six years following some of the district’s inhabitants with her camera. She reveals their daily struggle for survival and the unique thread of solidarity that knits the community together.

The South African film Siyabongais Joshua Magor’s debut feature film. It tells the story of a young man who creates theatre in the township of Mpophomeni, in South Africa. One day he hears the news that a movie is to be filmed in a nearby town and he makes it his mission to be part of the film. From conspiring with a maid to steal Wifi from the “umlungus” (white people) so he can write an email to the film producers to rebuffing a friend’s urgent plea for him to improve his luck by using witchcraft, Siyabonga’s journey takes him down many surprising paths that lead him to a meeting with the film’s director. The conversation which brought the film into existence is then revealed.

And that still leaves more than 50 films to explore. Among them are the 13 short films and experimental visual essays in the competition section ‘Shortly’. All of them are premieres in Spain, including: 2 Grams and a Sunriseby South African filmmaker Malusi S. Bengu; also from South Africa, the short animation Belly Flop by Jeremy Collins; and Bukiikakkono by Peter Tukei Muhumuza, representing Uganda. Besides her feature film New Moon, Philippa Ndisi-Herrmann is also competing in this edition of FCAT with a second film: I had to bury Cucu, her latest short.

The section contains another nine shorts produced in 2018 in Rwanda, the Democratic Republic of Congo, Madagascar, Burkina Faso, Angola, Tunisia, Senegal and Morocco.

These are some of the highlights of the 2019 Tarifa-Tangier African Film Festival programme. Many award-winning. Some world premieres. All inspiring.