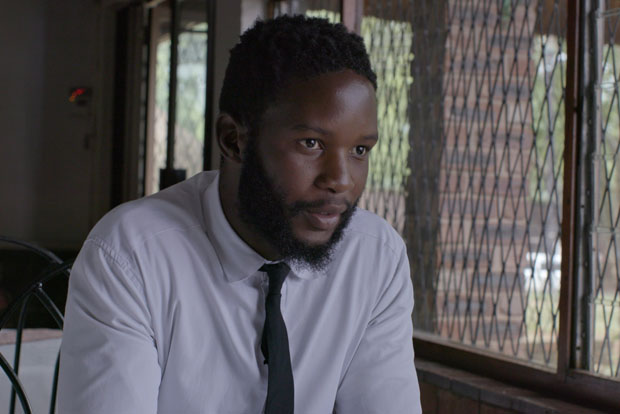 The film ‘Siyabonga’ by Joshua Magor is one of the films competing for Best Fiction Film.

The documentary ‘Winnie’ about the life of Winnie Mandela will be screened for the first time at the Tarifa-Tangier African Film Festival.

Tarifa, 1stMay 2018. It’s the only film festival in the world to take place simultaneously on European and African soil. The southernmost city in Spain, Tarifa, and the northernmost city in Morocco, Tangier, are separated by just 14 kilometres of the Mediterranean Sea but are united by cinema for 9 days each year. The Tarifa-Tangier African Film Festival (FCAT) grows bigger every year. This year, the festival has sought new audiences by opening up new screening venues in Tangier, with screens placed in public areas in working class neighbourhoods. The number of films on the programme has also increased. This year, 82 films from Africa and the African diaspora are divided into 8 sections: Long-Sightedness, Shortly, Afroscope, Spanish Outlooks, Reminiscence Screenings – African American Stories, Ghana in Four Acts, The Third Root and Family Cinema.

As in every edition of FCAT, South Africa is well-represented at the only competitive African film festival in the Spanish-speaking world. The film Siyabonga by Joshua Magorhas been selected in the official section of FCAT 2019, competing for Best Fiction Film. The film premiered at Locarno Festival last year and is now being screened for the first time in Spain. The film focuses on the day-to-day life of Siyabonga, a young man who creates theatre in the township of Mpophomeni in South Africa.One day he hears the news that a movie is to be filmed in a nearby town and he makes it his mission to be part of the film. From conspiring with a maid to steal Wifi from the “umlungus” (white people) so he can write an email to the film producers to rebuffing a friend’s urgent plea for him to improve his luck by using witchcraft, Siyabonga’s journey takes him down many surprising paths that lead him to a meeting with the film’s director. The conversation which brought the film we are watching into existence is then revealed.

Meanwhile, two short films have been selected for the ‘Shortly’ section for Best Short Film. Belly Flop by Jeremy Collinsis an animated film lasting just five minutes, in which a young girl decides to dive into a swimming pool while a young female swimmer draws attention from the other onlookers. The other short film is 2 Grams and a Sunrise by Malusi S. Bengou,which tells the story of a forgotten electronic music artist who abandons the comfort of the residential estates and enters the centre of Hillbrow, searching for his lost father in the fog of his childhood memories.

The Spanish premiere of the documentary Winnie by Pascale Lamche, which focuses on the life of Winnie Mandela during the struggle against Apartheid and her separation from president Nelson Mandela, was held in November 2018 at the II South African Film Series, organised in Madrid by the South African Embassy in Spain and the Tarifa-Tangier African Film Festival. In Tarifa, the film will be screened in the non-competition section, Afroscope, which aims to provide different perspectives on Africa from directors from around the world.

On Friday 4thMay, the closing ceremony will be held and the winners of FCAT 2019 will be revealed. In previous years, several South African directors have received awards, including Oliver Hermanus, who won the Audience Award in 2016 with The Endless River, Teboho Edkins, who won Best Documentary in 2012 with Gangster Projectand Denise Newman, who won the prize for Best Actress for her role in Shirley Adams by Oliver Hermanus in 2011.