FCAT closes its first hybrid edition with a global impact 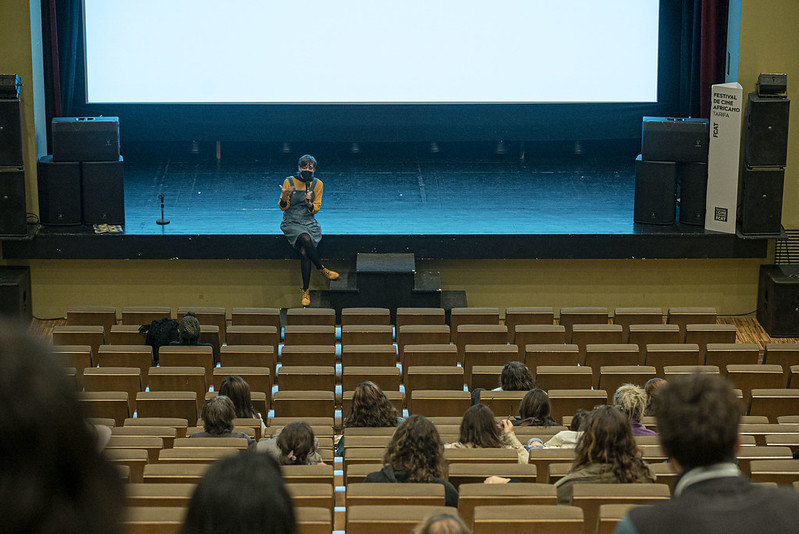 From 4 to 13 December, 28,000 spectators watched the festival’s programmed films through a dedicated online streaming platform.

Tarifa, 15 December 2020. The first hybrid edition of the Tarifa Tangier African Film Festival, held online and offline, has had its most global year with followers from more than a dozen countries from various continents and territories such as Equatorial Guinea, Palestine, Austria, Greece, Brazil, Honduras and, of course, Spain. The Palaver Tree forum – a series of webinars and virtual round tables –  as well as the Learning Space, aimed both at schoolchildren and adults, have had an impact on several continents, extending the cross-border and now global character that forms part of the DNA of a festival that has become a reference for African cinematographies in the Spanish-speaking world.

On the festival’s dedicated online streaming platform, Filmin, a total of 28,000 spectators browsing from Spain watched the 18 films competing for awards (feature films, documentaries and short-films). In addition, approximately 500 spectators attended the live screenings in Tarifa, which took place from 4 to 8 December. These 21 films were not participating in the competition and were programmed around 5 different themes, including: Equatorial Guinea and the Spanish colonial past in Africa; 60 years of African independence; systemic racism in Western countries; humour in African cinema; and, like every year, Latin-American productions by directors from the African diaspora in Latin America in the section ‘The Third Root’.

FCAT has thus broken its record of spectators, as the festival had never reached that figure with the live audience.

In the FCAT’s Learning Space, aimed at schoolchildren from Spain and Spanish-speaking Moroccan schools, a total of 15,532 schoolchildren from 143 educational centres participated. They watched the films either from their classrooms or from their homes and participated in educational debates around the topics addressed in the films – such as solidarity, interculturality, tolerance, respect for human dignity. In Spain, schools from all the Andalusian provinces and from different parts of the country took part. In Morocco, schools from several cities in the country, such as Al Hoceima, Larache, Rabat, Tangier and Tetouan, participated.

Furthermore, approximately 200 students of different nationalities participated in the African Cinema Seminars given by the film critic and programmer Javier H. Estrada. The festival’s extension at the Toruños Natural Park in the nearby municipality of El Puerto de Santa Maria added 100 spectators to the total during the December holiday period.

The Palaver Tree forum was followed by over 850 participants on the Zoom platform and a total of 1124 views on the festival’s YouTube channel. Of the nine meetings held in this virtual space, the most followed session was”Anti-colonial visions: 60 years of African independence”, which took place on 8 December. Many attendees who filled an online questionnaire prepared by the festival to gauge the success of the Palaver Tree forum, agreed that the quality of the speakers’ interventions and their preparation on the subject was excellent.

These round tables and webinars were attended by participants from different parts of the world such as Spain, France, Equatorial Guinea, Brazil, the United States, Portugal, the United Kingdom, Germany and Greece, among others. Without a doubt, the participation of those registered in the Spanish Cultural Centres in Malabo and Bata was noteworthy, but also that of spectators from Latin American countries, who showed great interest in asking questions and getting involved in the talks.

The round tables entitled “LOL: Humour in African cinema”, “The third root” and “Next time, the fires” were also broadcast live on the festival’s Facebook page. The table on systemic racism in the West was the most followed, with a reach of 1707 people.

On the Facebook platform, an estimated 287,000 people were reached this year. Regarding FCAT’s profile on Twitter and Instagram, there has been a significant increase in the number of followers and interactions. FCAT spectators have also followed closely all the information about the festival through its website, which has reached a total of 18,453 visits during the festival days, with an increase of 76% compared to the dates before the festival.

On Wednesday 16 December, the African Film Festival, through its director Mane Cisneros, received the 7th Kresala Zinekluba Award at the Teatro Principal in San Sebastian for being the founder of the FCAT, the only competitive event in Spain and Latin America dedicated to the dissemination of films of the African continent and its diaspora. Also for being the founder, together with the University of Seville, of the Laboratory of Documentation and Dissemination of African Cinema, which has a collection of more than 1000 titles subtitled in Spanish, and for the creation of Cinenómada, a non-commercial distribution format for African cinemas which, since 2006, has led to the programming of approximately 900 African film cycles in Spain.

The award ceremony closed with the screening of “Mother I Am Suffocating, This is My Last Film About You”, an experimental film by one of the continent’s most promising authors, the Lesotho-based filmmaker Lemohang Jeremiah Mosese. The film is a socio-political and symbolic journey that encompasses religion, identity and collective memory.