The FCAT Audience Award goes to the documentary from the island of La Réunion, Lév la tét dann fènwar, by Erika Étangsalé

The Casa África Award for Best Documentary goes to Xaarasi Xanne (Crossing Voices), by Bouba Touré and Raphaël Grisey and a special mention was for Lév la tét dann fènwar by Erika Étangsalé 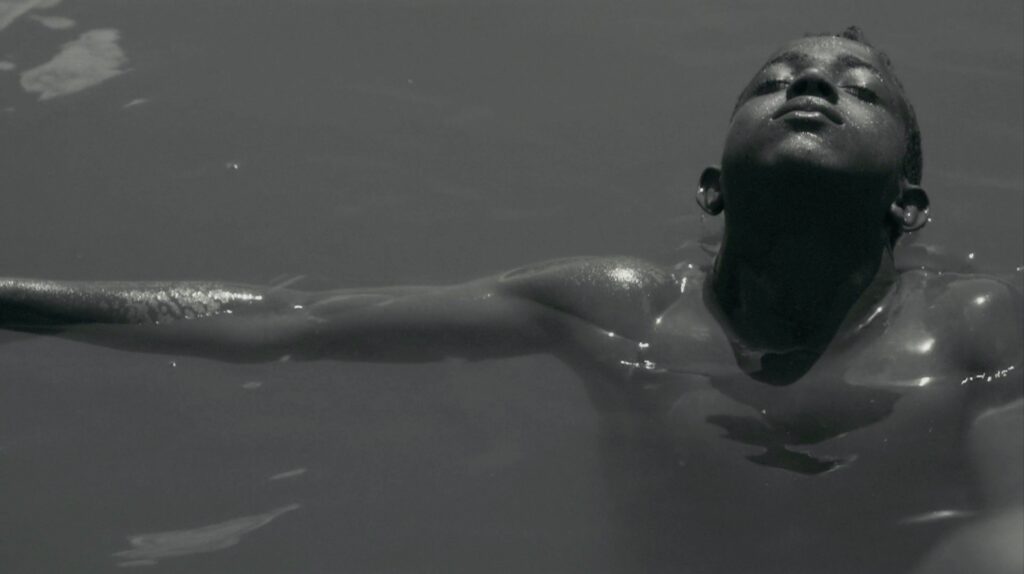 Tarifa, 7 June 2022 – The Tarifa Tangier African Film Festival (FCAT) has announced the list of winners of its 19th edition. The festival’s international jury, constituted by Lemohang Jeremiah Mosese, Valérie Osouf and Carlos Reviriego, decided to confer the FCAT Award for Best Fiction Feature Film of the “Long-Sightedness” competitive section to Faya Dayi, by Jessica Beshir – a co-production between the United States, Qatar and Ethiopia that speaks of the dream of an idealised place.

The film is a journey into the mountains of Ethiopia, immersed in the rituals of khat, a leaf that Sufi Muslims chew for their religious meditations and whose cultivation is currently one of the most lucrative activities in Ethiopia. Following the trade of this plant, the film weaves a tapestry of intimate stories of people caught between violent government repression, khat-induced fantasies and misleading journeys beyond their borders, offering a chance to the dreams of young people who yearn for a better life.

The Best Actress Award went to Néhémie Bastien, starring in Gessica Géneus’s Freda, a film from Haiti and Benin.

The FCAT Audience Award, chosen by the festival spectators in Tarifa, went to Lév la tét dann fènwar, by Erika Étangsalé, while the 3rd ACERCA Spanish Cooperation Award, granted by the Spanish Agency for International Development Cooperation (AECID) and chaired by Elvira Cámara, went to Xaraasi Xanne, by Bouba Touré and Raphaël Grisey. “For its call to look with attention at some of the challenges addressed by the 2030 Agenda: environmental crises, the root causes of migration, food sovereignty, and, above all, the necessary priority of respect for human rights and dignity. We can identify in this film some factors that challenge poverty reduction (SDG 1), zero hunger (SDG 2), health and well-being (SDG 3), access to clean water (SDG 6), reducing inequalities (SDG 10) or achieving peaceful communities (SDG 16). The bold use of diverse audiovisual resources, produced over several years, as well as the use of archive material, provides the realism for this unavoidable reflection if we want a truly sustainable and global development”.

In this edition, the Jury has decided to give a special mention to the Haitian film Freda by Gessica Géneus, “for showing a portrait of the crossroads at which human beings find themselves in their lives, which are also some of the motivations of the 2030 Agenda: inequalities, lack of opportunities, corruption and abuses of various kinds, triggers of violence. A fundamental value of the film is the use of the Creole language. Language and skin colour are shown here as grounds for exclusion. The challenges of improving education (SDG 4), gender equality (SDG 5), respect for cultural diversity or peace (SDG 16) are addressed; the responses of each character are also reflected upon; some resort to migration, others to violence or skin bleaching”.

The ACERCA Award was born from the collaboration between the AECID’s Directorate of Cultural Relations and the FCAT with the aim of strengthening the existing audiovisual space between Spain and Africa, as well as raising awareness in society on human rights and sustainable development”.

The Andalusian Jury, constituted by Nocem Collado, Andrés Vega and Inés Nofuentes, has granted the Best Short Film Award of the festival’s “Shortly” section to the Egyptian film Microbus, by Maggie Kamal – a short about one of those journeys that change forever. The jury chose this short film for “showing an apparently everyday situation in which a woman has to face fear and violence. For telling with great simplicity and mastery the social normalisation of harassment, and showing the complicity of patriarchal pacts in its permanence. For narrating without artifice, in a single space and with an excellent treatment of tension, dialogues and silences, the growing anguish that a young woman goes through when she does not know if she will reach her destination in good health. At a time when women’s freedoms are being debated in every corner of the world, we give the FCAT Best Short Film Award to Microbus by Maggie Kamal”.

This jury also decided to give a special mention to Egúngún, by Olive Nwosu, for “offering a brave, truthful and current story that presents the conflict of visibility or concealment of sexuality in lesbian or bisexual women, for exposing the disparate destiny of its protagonists and showing the serene confrontation with their identity and their memories by means of an original and moving script”.

The jury of the festival’s Industry Space (FCAT LAB), Gabor Greiner, Faissol Gnonlonfin and Thibaut Bracq, awarded prizes to the following projects, thanks to the support of the Spanish Agency for International Development Cooperation (AECID), the Goethe Institut Madrid and the collaboration of various Spanish and international companies: