Round Table: “Between the Ink and the Screen”

As a complement to the FCAT2022 retrospective with the same title, this round table will offer a space for reflection, professional exchange and in-depth study of the links, specificities and synergies that define the relationship between cinema and literature, in both directions, between the African and the global and vice versa. Like round trips between the languages of writing texts and audiovisual genres, between popular narratives, adaptation and the new contemporary formats of cultural consumption, this round table will explore both the influences that literature has had on African cinemas and the articulation of cinema in the literatures of the neighbouring continent. 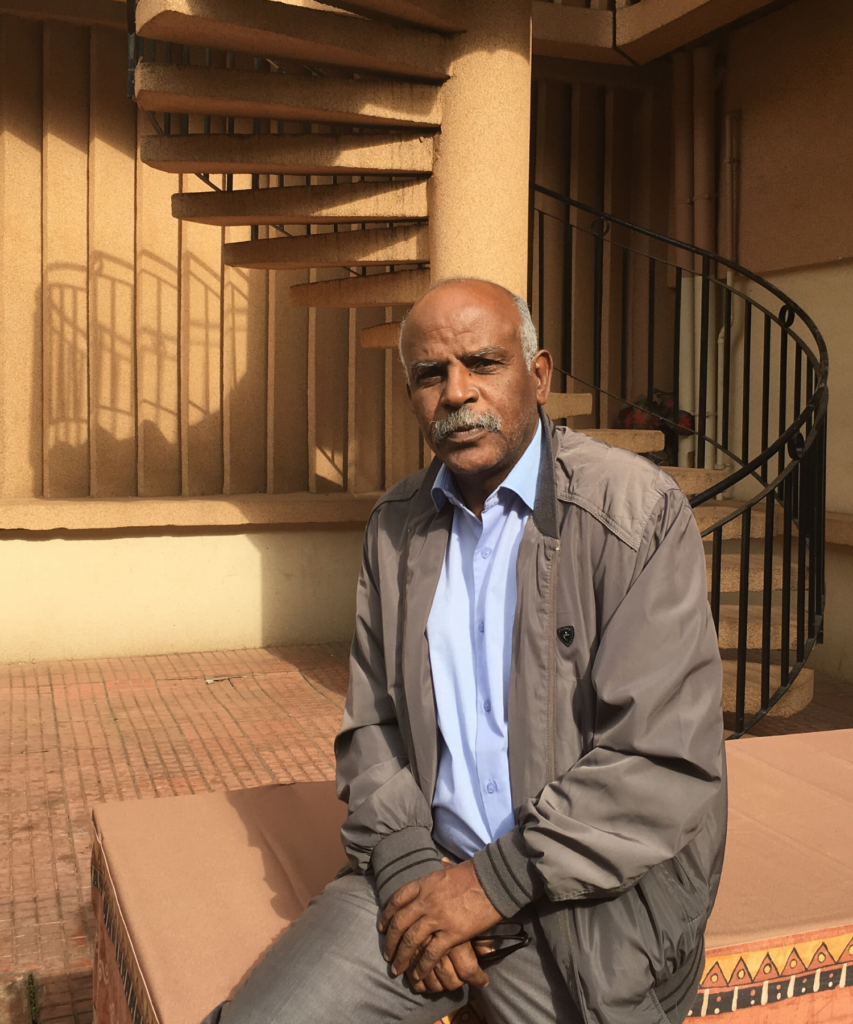 Beyrouk was born in 1957 in Atar, Mauritania. After working as a journalist for many years, he founded the first independent newspaper in his country in 1988, chaired the first independent press association and campaigned for freedom of the press and freedom of opinion. He has published six novels and a book of short stories: Et le ciel a oublié de pleuvoir (Dapper, 2006, Prix Roman maghrébin francophone, in 2007), Nouvelles du désert (Présence Africaine, in 2009) and with the Elyzad publishing house, Le Griot de l’émir (2013), Le Tambour des larmes (Prix Ahmadou-Kourouma in 2015 and Prix Roman métis des lycéens in 2016) and I am alone (Prix Ahmed-Baba de la littérature africaine in 2018 and finalist for the Prix des Cinq Continents in 2019). In 2021, he published two new novels, Rien ne me parle and Parias. Estoy solo (I Am Alone) is his first novel translated into Spanish. 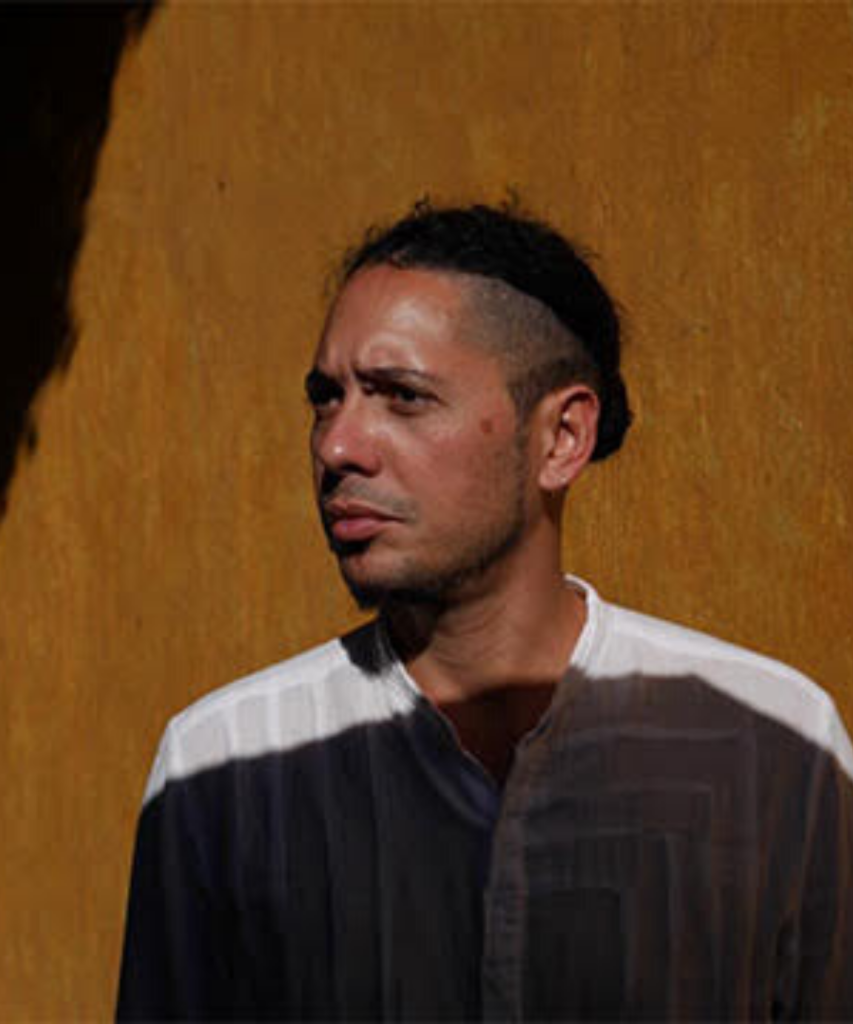 Writer, born in 1977, in Angola, Ondjaki studied sociology at the University of Lisbon, and wrote his thesis on Angolan writer Luandino Vieira. Ondjaki literary debut came in 2000 with the poetry book Actu Sanguíneu, which was followed up with the childhood memoir Bom dia camaradas (“Good Morning, Comrades”) in 2001.

To date (2022) his body of work includes five novels, four collections of short stories, six collections of poetry, one play and eight children’s books. His books have been translated to French, Spanish, Italian, German, Serbian, English, Polish and Swedish. Transparent City is his most recent book in English (from Biblioasis, CANADA).

In 2008 Ondjaki was awarded the Grinzane for Africa Prize in the category of Best Young Writer. In 2012, he was named by The Guardian as one of the “top five African writers”. He is one of 39 writers aged under 40 from sub-Saharan Africa who in April 2014 were chosen as part of the Hay Festival prestigious Africa 39 project.He won the Saramago Prize (Portugal 2012) and the Prix Littérature- Monde (France, 2016). 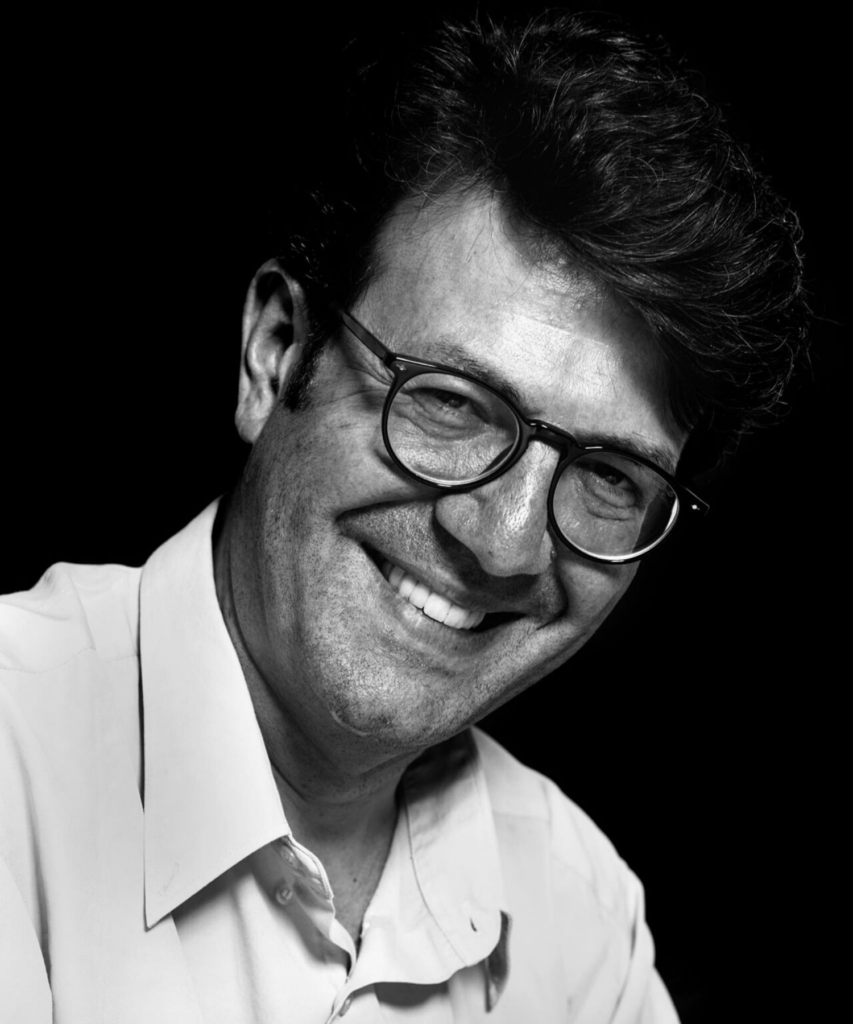 Olivier Hadouchi is an independent film curator and Paris-based researcher who studied literature (Licence, Sorbonne) and cinema (PhD, Sorbonne Nouvelle). He has published texts in academic journals such as Third Text (on William Klein’s Algiers Pan-African Festival) or CinémAction (on militant Latin American cinema or on certain Algerian and Lebanese films), in collective books (on FAMU or Lodz Film School of Cinema &amp; Third World) or in exhibition catalogs such as “Southern Constellations: the poetics of the non-aligned” edited by Bojana Piškur at Moderna Galerie in Ljubljana. He published a booklet for MSUM-Belgrade on “Images of solidarity with the Algerian revolution (by Yugoslav reporters)” in the collection “Non-modernisms aligned” ed. by Zoran Eric. He curated film and video programs for various venues such as the Film Festivals (CorsicaDoc), the Reina Sofía Museum (“Tricontinental – Cinema, Utopia and Internationalism in 2017), Jeu de Paume (“Echoes of Algerian Resistances” in dialogue with the exhibition by Zineb Sedira in 2019), ZdB (Lisbon) or Münster (echoing Katia Kameli’s exhibition). 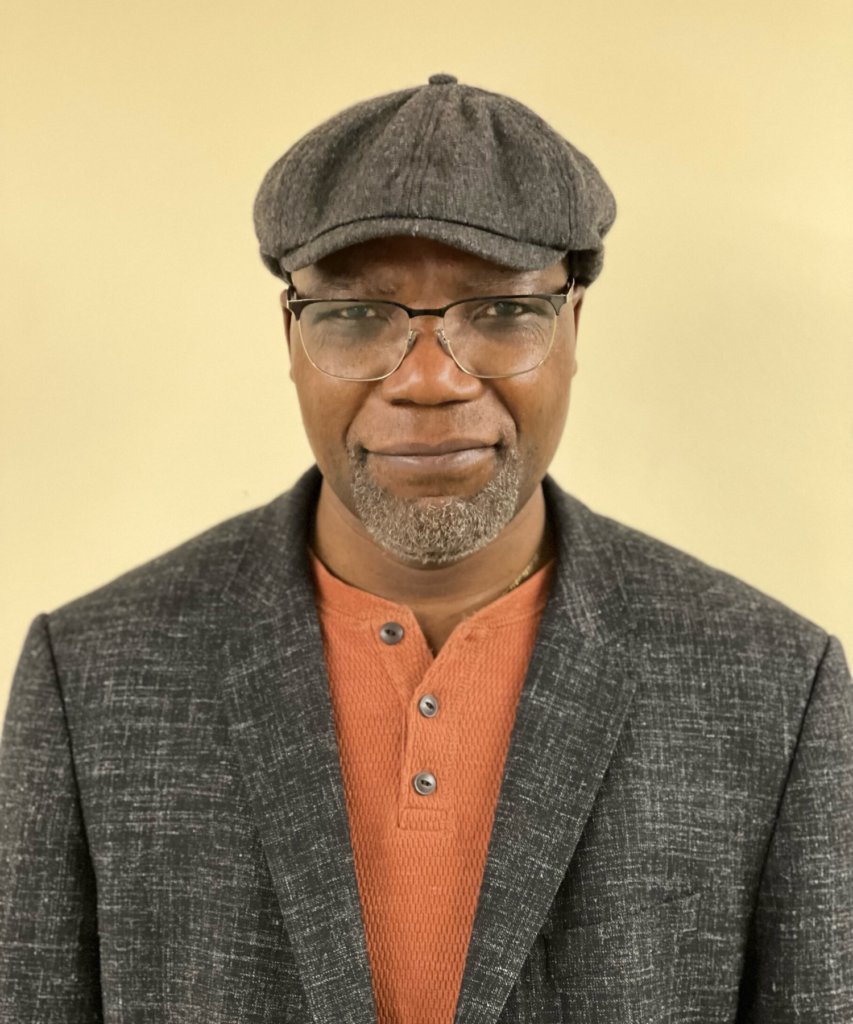 Mariano Bartolomeu, is an Angolan film director born in 1967 in Caculama, a village of Malanje province in the north of Angola. He studied film and television directing at the prestigious San Antonio de Los BañosInternational Film and Television School in Havana, Cuba, an institution founded by Colombian writer Gabriel Garcia Marquez. He continued his film studies at the Ohio University in Athens, Ohio, where he completed his Masters in Film Production and Producing, benefiting from a Fulbright Scholarship from the United States of America. Mariano lived and worked in Italy and Angola before moving to the United States, where he currently lives and works. His films, mostly shorts, have been selected for competition at international film festivals including, Havana, (Cuba), Rimini and Milan, (Italy), Locarno, (Switzerland), Cinema du Reel in Paris and Amiens (France), Oberhausen, (Germany) , Tróia, (Portugal), among others. 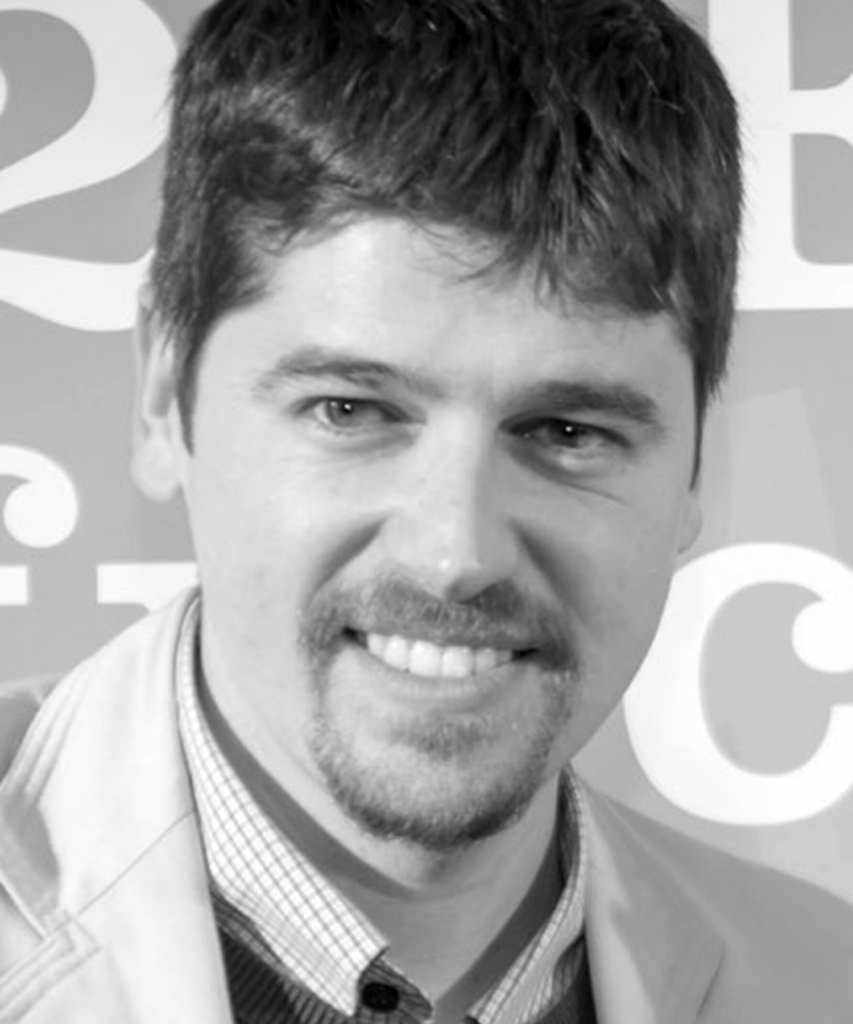 Alejandro de los Santos is a cultural manager, with a Degree in Communication from the University of Seville, a Master’s Degree in Intercultural Management and Communication from the Sorbonne – Paris IV and a postgraduate degree in International Relations from the Technical University of Lisbon. He has worked as a cultural manager at the Spanish Embassy in Mozambique and in several projects related to the performing arts in Tunisia, Mali and Niger. He has been a lecturer at the University of Brasilia and responsible for the parallel activities of the Tarifa-Tangier African Film Festival. He is currently responsible for relations with Africa for MAPAS – Market for the Performing Arts of the South Atlantic and Coordinator of the Harmattan Festival of African performing arts. He is the founder of the digital magazine afribuku, on contemporary African culture, author of the book Mafalala: Cultural Guide to the historic district of Maputo and co-founder of the African literature collection Libros del Baobab.

This meeting has been organised with the support of Programa Letras Africanas de Casa África and the Libros del Baobab collection. 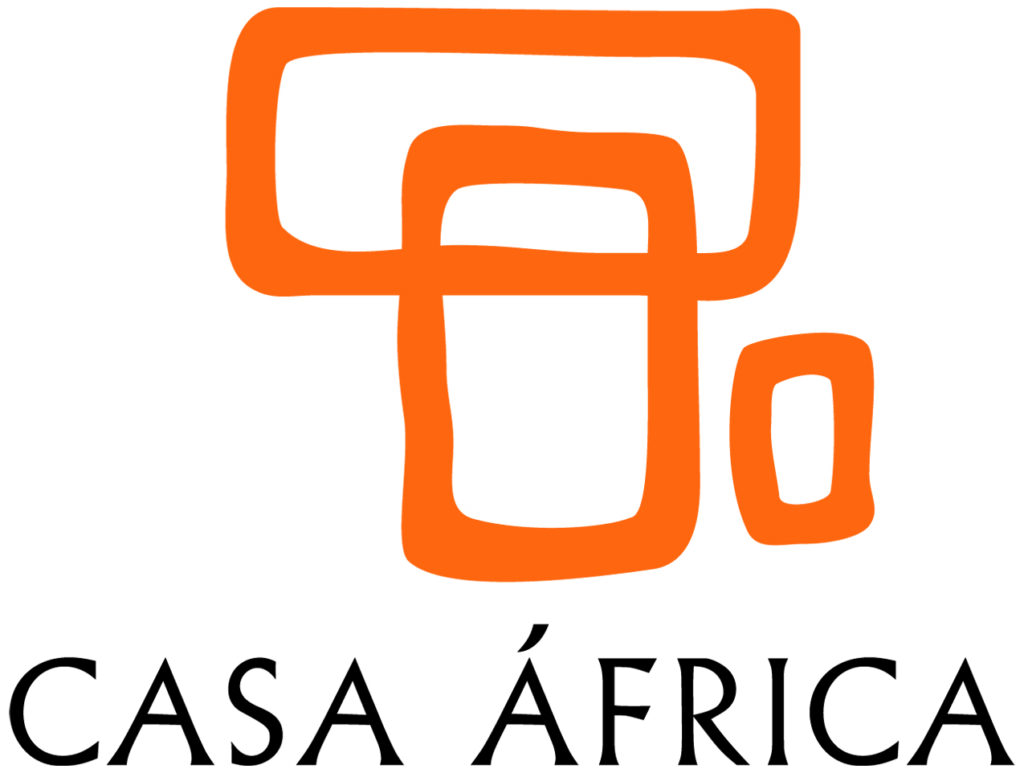