Images of Sudan: Narratives of a country from its own expressive freedoms

In recent years, Sudan’s creative sector is undergoing a renaissance after the two long decades of Omar al-Bashir’s authoritarian regime. Like other art forms, Sudanese cinema is regaining its voice, achieving a new international visibility that speaks about a new future. How are these new days for Sudanese culture perceived? What opportunities exist for new generations of authors and artists, both inside and outside the country?

This roundtable complements the FCAT film retrospective on Sudanese Cinema. Find more information on this section in the FCAT 2021 Official Catalogue.

Registration will remain open until full capacity is reached.

Suzannah Mirghani is a writer, researcher, and independent filmmaker, highlighting stories from the Arab world. She is a media studies and museum studies graduate and publishes creative and scholarly work on a variety of social issues. Being of multicultural Sudanese and Russian backgrounds, she is most interested in stories that examine the complexity of identity. Suzannah is the writer, director, and producer of several short films, including AL-SIT (2020), CARAVAN (2016), and HIND’S DREAM (2014). 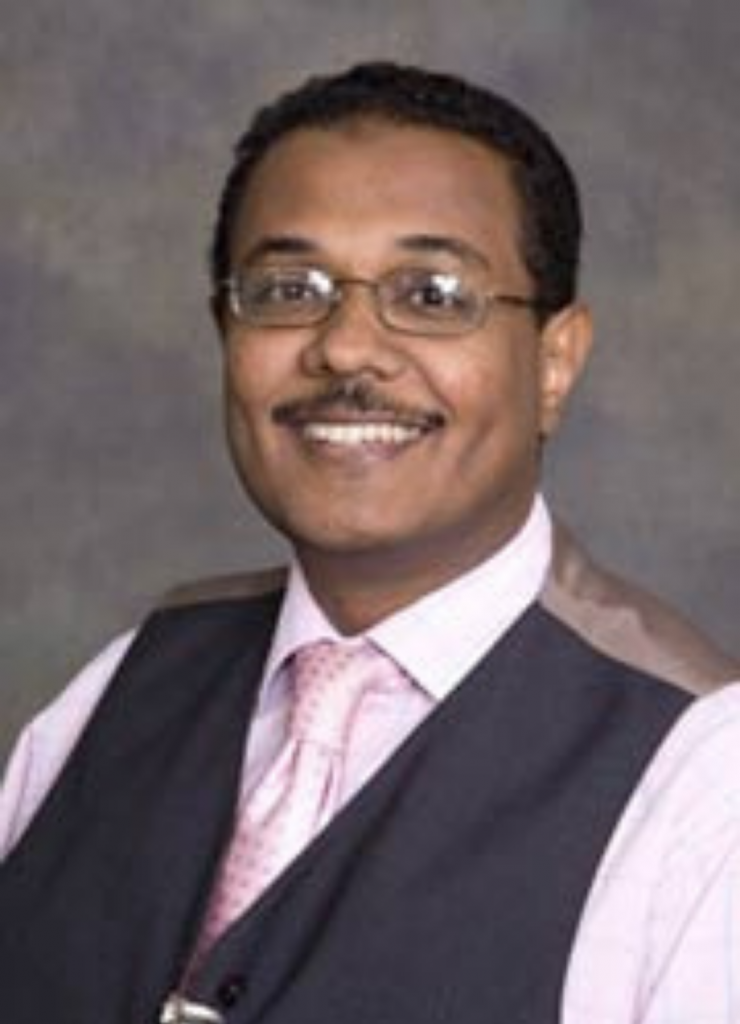 Khalid Ali is a Sudanese clinical academic based in Brighton and Sussex Medical School in the UK. He is a film critic, a film festival curator and programmer, and a film maker. Khalid is a programmer for ‘Sudan Independent Film Festival’, ‘Film and Media Correspondent in ‘Medical Humanities Journal’, founder of the first forum for medicine in film in the Arab World ‘Medfest Egypt’, and a Global Health Film Fellow. He is the author of the critically acclaimed book ‘The Cinema Clinic: Reflections on Film and Medicine’. He produced two short films ‘Those Little Moments’ and ‘On Medicine and Film’. 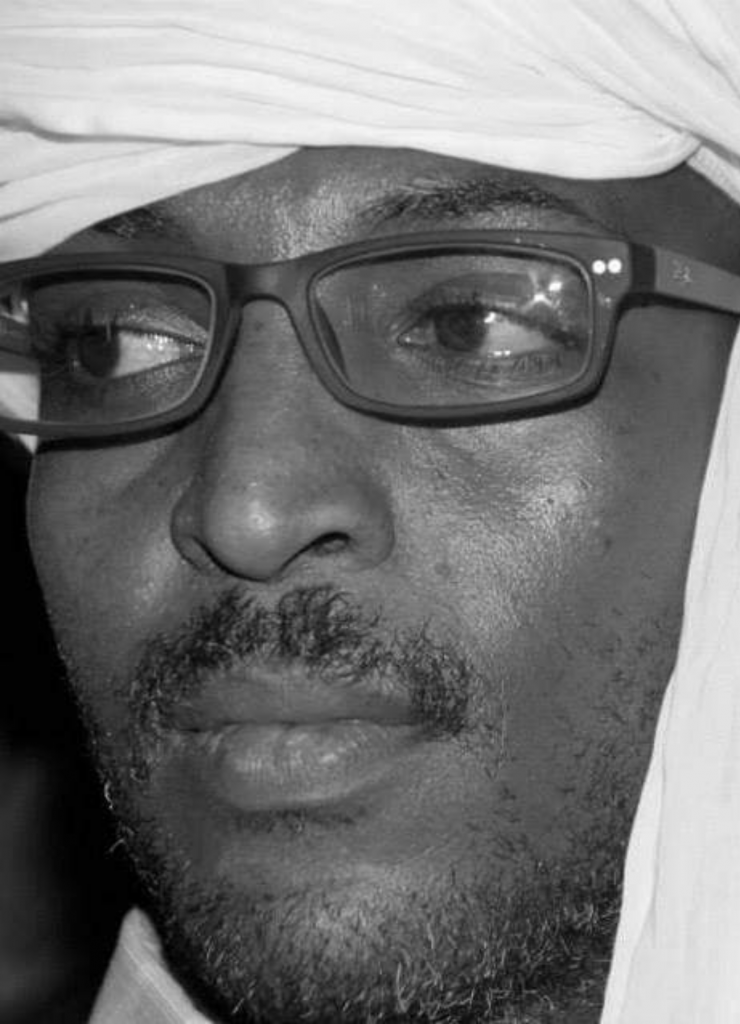 Hamad Alnil Khalifa graduated from SUST as an actor and director and pursued trainings and workshops in theatre and film-making. He is working in both media and is an active member of Work Cultural Group, Sudanese Film Group and Sudan Cinema Club. He was involved as coordinator in production projects such as “Cultural Healing Project” and public screenings projects such as ” Mobile cinema for social change. ” Currently he is participating in SFG’s big scheme of re-introducing public shows in all closed-down cinema theatres in Sudan. The Sudanese Film Group is a non-profit cultural society established in April 1989. SFG scope of work includes film production, film screening, cinema culture and capacity building in audio-visual skills. SFG has an extensive experience in collaborating with national and international bodies. The overall objective of SFG is to enlighten the people and enhance their imagination to deal more effectively with their problems. 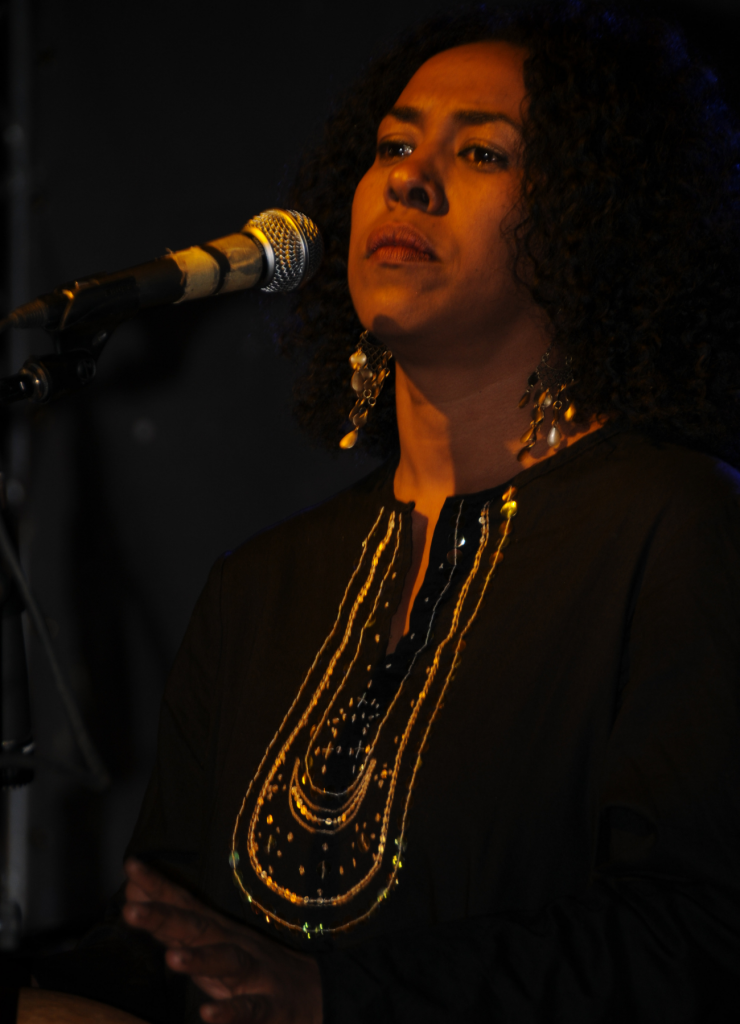 Sudanese performer, singer and songwriter with a unique talent, worldwide fame and presence on the international music scene. Since the release of her debut album ‘Sudaniyat’ in 1997 in Spain, Rasha has introduced to the world of music a distinct and creative style of her own, as an exemplary expression of the universal nature of music, Rasha’s musical style has strong traits of the fascinating mosaic of cultural diversity, from the centuries-long musical traditions of Nubian culture, from the rhythms of central Sudan, from the tom-tom sounds of the African Sahel and North African and Andalusian echoes and tones, from modern blues and jazz, among many other musical tonalities and colourings. On her second album “Let Me Be”, Rasha was not only the sole performer but also the author of the lyrics of several themes related to life, nostalgia, diaspora and belonging. She also participated in the album “The Black Band” with other African artists, all based in Madrid, including Wafir, her own brother, and the late, great artist Bidinte. Along with several renowned artists such as Youssou N’Dour, Geoffrey Oryema, among others, Rasha has proudly performed at the “Refugees Voices” festival held in Geneva, marking the 50th anniversary of the UNHCR. Subsequently, UNHCR urged the recording of a CD of “Refugee Voices”, which was carried out at the “Xipi” studios of Youssou N’Dour in Dakar, who was in charge of the musical direction and production of the album. Rasha has stood out among extraordinary participating artists such as K’naan, Bai Kamara, Youssou N’dour, to name but a few. 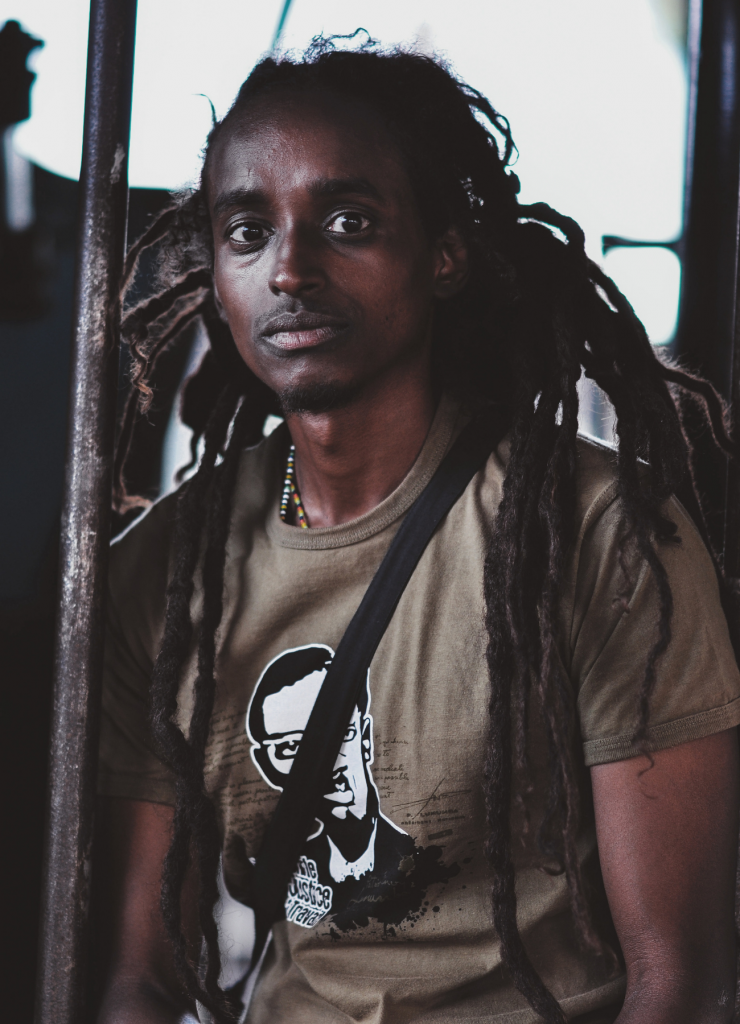 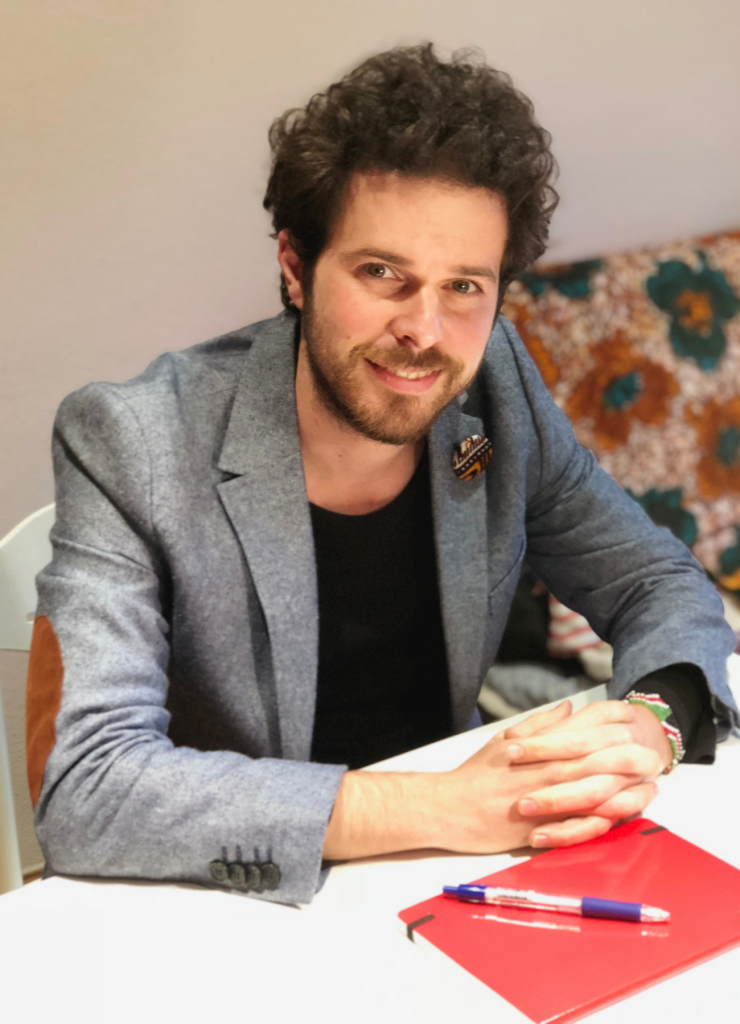 Sebastián Ruiz-Cabrera is a journalist and Doctor with an international major in communications in Africa, with masters degrees in African Studies and International Relations. He works as a political analyst and consultant on African subject matters for Spanish and international media. He is also a university lecturer, delivering seminars on journalism, international politics and African cinema. He is a cofounder of the African art and culture journal WIRIKO, programmer of various film festivals with a focus on Africa, such as FICAB (Barcelona), FAC (Palma de Mallorca), and FILM AFRICA (London) and is also a documentary filmmaker; his latest work being OCUPACIÓN S.A. (2020).