Maïmouna Guerresi’s work represents all the African strength and beauty beyond Western prejudices and fears. The work of this multimedia artist explores cultural diversity and human spirituality through the encounter between metaphor and reality

GIANTS represents all the African strength and beauty, beyond western prejudices and fears, emanating a sense of divinity from the community. In terms of feminity, it represents a strong Muslim woman who overcomes dichotomies and gender roles by strengthening her own identity. In this way, the artist takes us on a journey through this union with the Absolute, embodied through towering minarets and poignant holographic figures.

The costumes of her characters are the artist’s own creation, that give her figures sculptural forms with a metaphysical and surreal appearance that can be interpreted as the divine mystery that exists in each one of us. The figures reveal only the face, while the body is absent, creating instead the illusion of a dark, infinite void. The emptiness in the cloak does not signify “nothingness”, but a sacred place of prayer and the representation of a state of quantum vibrations, free of space-time and matter.

The panels in this exhibition reflect the concept of fragmentation in union that emanates from Islamic mysticism, one of the foundations of which is “Tawid”, based on the idea of oneness with Allah. In this sense, each panel maintains its formal autonomy, but together they create a single event, a unity.

Through her work, Guerresi attempts to interpret aspects of Muslim spirituality through a plural and democratic vision of Islam. In the case of the female figures, she seeks to affirm the spiritual value of Muslim women both in Islamic society and in the West in order to highlight their social and cultural qualities.

Art can be employed as a catharsis and a tool for healing. To dissolve prejudices and fears from the mind.

GIANTS is inspired by the work of the Italian Renaissance artist Piero della Francesca, who managed to harmonise the spiritual and intellectual values of his time, and also the contemporary Lucio Fontana. However, the artist’s greatest inspiration comes from Islamic miniatures and African Muslim art, especially where saints are depicted in Arabic calligraphy.

Born in Italy, Guerresi converted to Islam and adopted the name Maïmouna in 1991 after living in Senegal. The Italian-Senegalese artist uses photography, sculpture, video and installations to merge Africa, Asia and Europe through delicate works in a work that knows no borders.

Europe, Africa, the United States, Asia and the Middle East, have hosted her work in solo and group exhibitions, also the Italian pavilion at the Venice Biennale in 1982, 1986 and 2011, as well as Documenta K18 (1987) in Kassel, Germany.

“Giants” is the series of photographs that have made her internationally famous. 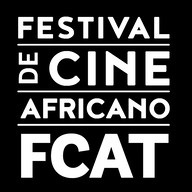