Andalusian Cinema arrives at the Festival of Tarifa 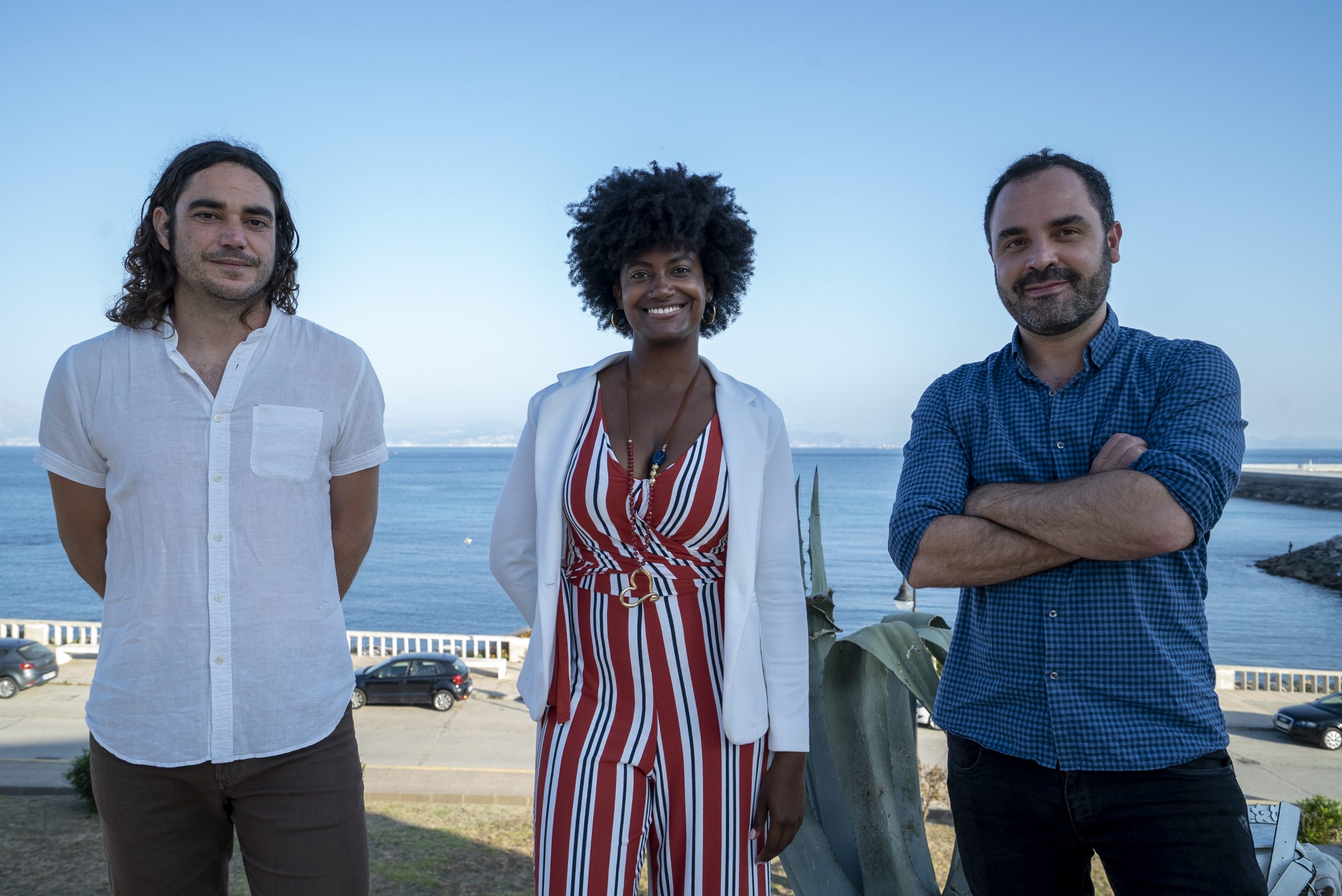 On the most Andalusian day of FCAT, we are joined by Paula Palacios, director of Drowning Letters; Alejandro Salgado, director of Barzakh; and Kenia Mestre, actress in Hidden Slavery.

FCAT LAB kicks off with a masterclass in film marketing by Valentina Neumann.

Tarifa, 2nd of June, 2021. Andalusian cinema takes centre stage today at the African Film Festival of Tarifa, with the presence of filmmakers and teams of various films being screened as part of the section “Spanish Outlooks”. FCAT has the pleasure of receiving Alejandro Salgado, director of Barzakh; Paula Palacios, director of Drowning Letters and Kenia Mestre, actress in Hidden Slavery.

Alejandro Salgado’s film Barzakh, which in Arabic means limbo or the intermediate stage between two things, revolves around the limbo of a night that seems eternal. Faced with an uncertain horizon, a group of young people referred to as “unaccompanied minors” wait in Melilla for their moment to enter Europe. It is a collection of moments of hope and waiting (between nostalgia and the future) of these free and rebellious youths whom the Sevillian director portrays with a unique mix of truth and poetry.

In Salgado’s own words: “It was a very pure exercise in cinema; we discovered the film we wanted to make while we were making it. Everything was so alive and vibrant. Our intention with Barzakh is based on a gamble that is radical but necessary. It is a gamble on cinema that aspires to be transformative and to create a dialogue with the spectator. We want the film to create an environment and context of exchange”, explained the director during his visit to Tarifa.

Hidden Slavery, by Álvaro Begines, is a documentary which recovers the memory of black slavery in Andalusia; a powerful inheritance which has barely survived the smudges of history. This is why all of those who break the strongest and most dangerous chain that can exist, that of ignorance, are worthy of praise. It is a little known fact that there were many black slaves in Spain between the 16th and 19th centuries.

“It is a partially dramatised documentary film based on true events about slavery in Spain, from its origins in the 16th century until the 20th. The three characters that tell the story in the documentary are Pedro Blanco, the most notorious slave trader in Spain; Juan Latina, the slave who went on to become a professor at the University of Granada; and Cándida “La Negra”, the last slave to live in Spain, who died in 1951 at the age of 106”, says Kenia Mestre who plays the part of Cándida La Negra. “The facts about slavery in Spain have been silenced. Many forturnes were made on slavery, even after it was prohibited”, explains Kenia Mestre.

Drowning Letters, by Paula Palacios, which was nominated for Best Documentary at the Goyas, follows the crew of an Open Arms boat travelling to Libya and their attempts to rescue shipwrecked immigrants in the Mediterranean. Produced by Isabel Coixet, the film acts as a witness to the harsh realities of the migratory journey: the battle between the Libyan coastguards and the European ONG rescue boats, the deaths, the rejection in Lesbos, and also Europe’s shameful treatment of those who, against all odds, managed to arrive. “People need to know the truth”, says Óscar Camps, director of Proactiva Open Arms, whose boat is also a protagonist of the film.

“The premiere of Drowning Letters and its positive reception have succeeded in convincing me that social cinema is now more necessary than ever. The public wants to know what is happening out there but we, the filmmakers who make documentaries, and especially social and activist ones, need to make it as attractive as possible, with the right images, and a story which really involves the audience. Not until we completely separate the idea of social cinema from the more typical style of reporting will we succeed in reaching greater numbers of people with our message, and that is what most interests me. Shifting consciousness can only be made possible if the people who didn’t know your story discover it and it touches them in some way”, explains director Paula Palacios.

Also in Tarifa today is Abou Sene, the protagonist of Stolen Fish, a film in the section “Spanish Outlooks”. Directed by Polish journalist and filmmaker Gosia Juszczak, the film’s 30 minute duration is enough to recognise a strong voice in its creator.

FCAT LAB also kicked off today with a masterclass in film marketing by Valentina Neumann, from the German agency Alphapanda and community manager of the European Film Awards.

Through practical cases of a cinema project, Neumann focuses on how with innovative campaigns you can reach different specialist audience niches. In this series of professional training webinars designed to promote cinema as an industry, which took place via Zoom and were broadcast on Youtube Live, took a detailed look into the business of cinema and especially what one needs to master in order to succeed in positioning African cinema in the interconnected and global audiovisual markets of today.

PrevAnteriorSunday at the Festival of Tarifa: Social cinema and poetry gazing out at the Strait
SiguienteCall for entries of the Tarifa African Film festival – FCAT 2022Next