The Palaver Tree Forum: Filmmaking is a tool to perpetuate the legacy of anti-colonialism 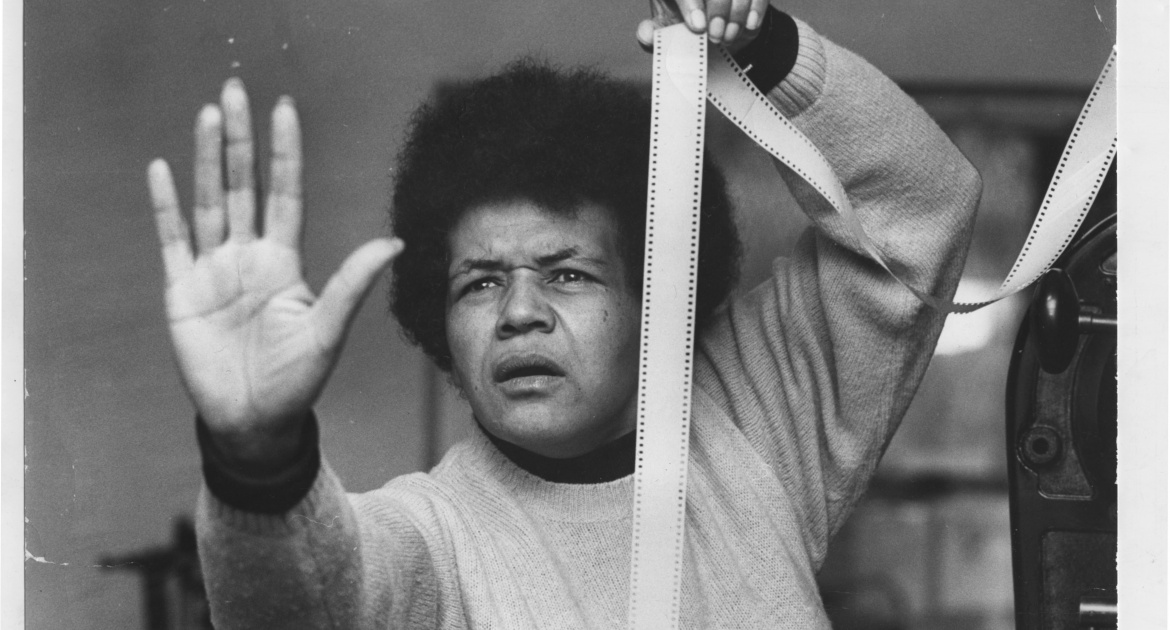 From 5 to 13 December 2020, the Tarifa-Tangiers African Film Festival is hosting an online Forum entitled The Palaver Tree. As part of this activity, an online round table discussion on ‘Anti-colonial visions: 60 years of African independence‘ was held on 8 December. The discussion was accompanied by a selection of films that revisit the colonial and anticolonial past of the African continent.

On the symbolic 60th anniversary of the independence of many African countries, FCAT organised a round table and offered a selection of films on the recent history of the continent. Its aim: to recognise the importance of the act of remembering, as Africa’s recent past is closely linked to that of Europe. On 8 December, the Festival hosted an online debate focused on reviewing facts, stories and discourses that colonisation and imperialism imposed on a whole continent.

Decolonising the memory requires an honest glance, without any pre-established dichotomous vision, on this common, violent and painful past, so that reparations can be carried out.

The round table included panelists such as the Congolese researcher and president of the Spanish Association of Africanists, Mbuyi Kabunda; the North American filmmaker Billy Woodberry, who was part of the L.A. Rebellion movement; and the French filmmaker Lucie Viver, who joined the conversation from Brittany. The debate was moderated by the programmer, historian and member of the international jury of this edition of FCAT, Olivier Hadouchi.

Filmmaker Billy Woodberry – author of the film A story from Africa –  alluded to the “complexity” of the history of colonialism in Africa, arguing that African history through film “should not be lost, discarded or restricted in its circulation, so that future generations can interact and engage with it”. The North American director encouraged not to be indifferent to this legacy but to share it with the world: “Ignorance doesn’t serve us. Not knowing what happened in the past doesn’t serve us. To learn the lessons from those who created what is called African cinema is central. If not, we’ll be reinventing the wheel, repeating the same thing. We shouldn’t neglect the legacy and prior efforts made.”

Woodberry also spoke about the multilayered nature of the colonial past in African countries. “After the Berlin conference, European powers needed to occupy, subdue, survey, and sustain their presence, otherwise other powers would take over. It wasn’t just about being there with their military,” he said. “In the process of colonisation we always think that those who were subdued only focused on fighting the colonisers. But we don’t suppose they had their internal relationships, which were another potential source of conflict. They had their own ideas, contradictions and ways of doing things. History is complex, we need to realise that.”

For filmmaker Lucie Viver, whose first film focused on the recent history of Burkina Faso. Her documentary Sankara n’est pas mort pays tribute to the political leader Thomas Sankara, who was assassinated in 1987 and who fought for the liberation of Burkina Faso from imperialism in all its forms. “The people of Burkina Faso that I have met have a very lively political conscience”, she said. “Sankara is very much present in their conversations. Furthermore, the popular uprising of 2014 meant a second independence for the country. To end the rule of Blaise Compaoré was to end a policy that was very dependent on European countries,” she added. The narration throughout the film is led by the Burkinabe poet Bikontine, “who follows a railway line that is a metaphor for the history of Burkina Faso. Initiated by the French colonisers, continued by Thomas Sankara, built by the Burkinabe and interrupted when Sankara was killed”.

For his part, Mbuyi Kabunda spoke from an optimistic point of view, saying there have been “sunny moments since independence”. He pointed out that “in the global north it is said that Africa is a country. No. It is a continent with 55 states and 1.2 billion people.” The professor and researcher also argued that it is essential to have an African cinema in vernacular languages “and not only in colonial languages”.

The round table took place in the framework of the 8th Palaver Tree Forum, an annual activity of FCAT and organised thanks to the support of the ACERCA Programme of the Spanish Agency of International Cooperation for Development (AECID).

To complement this online round table, FCAT also proposed a selection of four films, old and recent, which paint the portrait of key figures and revisit different episodes of colonisation and decolonisation.

It was a must to pay homage to the pioneer Sarah Maldoror, who passed away in April of 2020 due to COVID-19. Maldoror was the quintessential champion of the negritude movement and was praised by A. Césaire, L. Senghor and L. G. Damas. Griotte, revolutionary, feminist, and filmmaker, she remained faithful with her camera to all of the processes of decolonisation in Africa. A great defender of freedom, Maldoror developed a language of her own which combined a strong political commitment and a sensitivity to all the arts, especially painting, music and poetry.

Her short film Monangambée (1971) is based on a novel by the Angolan writer José Luandino Vieira and performed by non-professional actors in Algeria. It is a film about torture and, more broadly, about the misunderstanding between the colonised and the colonisers. The soundtrack that the Art Ensemble of Chicago produced and gave her free of charge, in solidarity with the oppressed Angolan people, accords a hymn-like dimension to the film.

The programme also includes A Story from Africa by the African-American filmmaker Billy Woodberry, one of the main figures of the L.A. Rebellion group. The film brings to life the photographic archive of Velloso de Castro, a photographer hired by the Portuguese army to document the conquest of the Cuatama region in southern Angola in 1907, after European colonial powers had divided African territories at the infamous Berlin Conference in 1885. Bringing to life the tragic story of the Calipalula village chief who unknowingly served the enemy, Woodberry attempts, in his documentary, to avoid shortcuts in interpreting history and to restore its complexity.

The animated short film Mangi Meli Remains, also evokes the life of an African chief, Meli, who lost while fighting the German colonisation of what is known as Tanzania today. The filmmaker, Konradin Kunze, elicits the idea that the process of providing a fairer  history also involves the need to return looted property: in this case and among many others, the skull of Chief Meli, taken to Europe as an object of scientific study and never returned to his descendants.

In Sankara n’est pas mort, Lucie Viver pays homage to Thomas Sankara, through the eyes of a Burkinabe poet. After experiencing the 2014 revolts against Blaise Compaoré – the ruling president and Sankara’s assassin-, the poet decides to explore his country and discover his heritage, along the country’s only railway line. The documentary, conceived as a kind of road-movie, looks back at the ideas and projects of Sankara, the leader who marked an entire continent: the anti-imperialist struggle, the achievement of economic independence through the development of national production of manufactured goods, and the improvement of public services, including education and health, ecology and feminism were some of the keywords defining his political struggle.

Topics connected to colonialism such as race and identity will be addressed during the online round table entitled “The Fires Next Time: Systemic Racism in Western Countries,” which will be held on 12 December 2020 from 12 to 1:30pm CET. The debate will be moderated by journalist Tania Adams. Among the panelists are journalist Moha Gerehou, and filmmakers Hind Meddeb and Xavier Artigas. Learn more and register here.