A retrospective of afro-american cinema challenges Hollywood from Tarifa 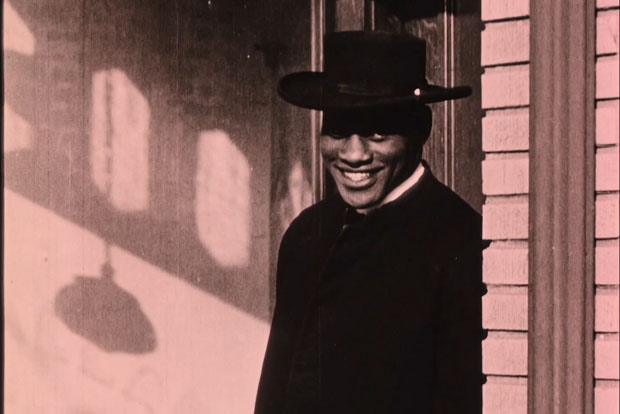 Tarifa, 30thApril 2018. The Tarifa-Tangier African Film Festival (FCAT) presents the most extensive retrospective of African American cinema ever screened in the Spanish-speaking world as part of its aim to question the history and visibility of Africans and the African diaspora in cinema. Reminiscence Screenings – African American Stories, a retrospective curated by Zimbabwean Keith Shiri, programmer at London Film Festival and member of the British Film Institute (BFI), ranges from films by pioneering directors which emerged in response to the racist stereotypes present in Hollywood, to the latest film by Spike Lee, Blackkklansman(2018). “It is the most extensive compilation of African American cinema to be shown in Spain to date”, explained the festival director, Mane Cisneros.

The special section features a selection of films which shaped the history of African American cinema and brings together 14 titles in an attempt to highlight the importance of African American cinema made by black directors. The retrospective encompasses racial films from the era of silent film, the period of racial segregation, the Blaxploitationmovement, and films by Gordon Parks and contemporary directors such as Spike Lee, Julie Dash, Kasi Lemmons andMarlon Riggs.

Some of the earliest African American films were made by Oscar Micheaux, a novelist, journalist and activist. In 1924, he directed Body and Soul, in which Paul Robeson, one of the most iconic actors in the history of African American cinema made his cinematic debut. Killer of Sheep, a drama by Charles Burnett, is considered to be one of the most relevant and authentic representations of the African American reality. “The film is an impressionist portrait of a black family man who is fighting to survive and provide for his family while working in a Los Angeles abattoir”, says Keith Shiri. “Charles Burnett made this film with a budget of just 10,000 dollars as his final university project, and its realist perspective marks a turning point in independent African American cinema”.

Daughters of the Dust by Julie Dash and Killer of Sheep by Charles Burnett, which won the Critics’ Award at the Berlin Festival and is one of the fifty titles included on the list of American films worthy of preservation drawn up by the Library of Congress, belong to an intermediate period between two different phases in African American cinema. The first phase began with Blaxploitationin the 1970s, a sub-genre of action films starring African American actors and aimed at a black audience, but with a strong tendency to stereotype and glorify violence within black communities. Generally speaking, these films were hits at the box office, such as Super Fly (1972) by Gordon Parks Jr, perhaps one of the most successful films in the Blaxploitationsub-genre. Another example is experimental horror film Ganja & Hess by Bill Gunn (1973), which premiered at Cannes Film Festival, receiving a standing ovation and the Critics’ Award.

The second phase saw the rebirth of black cinema, led by Spike Lee and his innovative film Nola Darling. Since then, the director has made a series of legendary films, including Malcolm X, an impressive work depicting the life of civil rights defender Malcolm X which is one of the best biographical films ever made. “Denzel Washington plays Malcolm X, the most influential, charismatic and complex figure in American history, in an unparalleled performance which earned him a well-deserved Oscar”, Shiri explains.

Spike Lee is on top form once again with BlacKkKlansman (2018), a film which saw him receive his first Oscar for Best Adapted Screenplay and the Grand Prix award at Cannes Film Festival. The plot is simple: a black man infiltrates the Ku Klux Klan. “In this film, Lee evokes The Birth of a Nation by D.W. Griffith, the first propaganda film from the Ku Klux Klan, which is often the starting point for any debate focusing on cinema and racism in the United States”.

FCAT also possesses a system for circulating films, allowing film series to be organised in collaboration with associations, media libraries, foundations and museums 365 days a year. The fourteen films in the Reminiscence Screenings – African American Storiesretrospective will travel around other cities in Spain following the festival. FCAT also hopes that the fourteen films will be screened in Latin America, as they are fundamental in understanding the struggles faced by African American filmmakers over the last century.