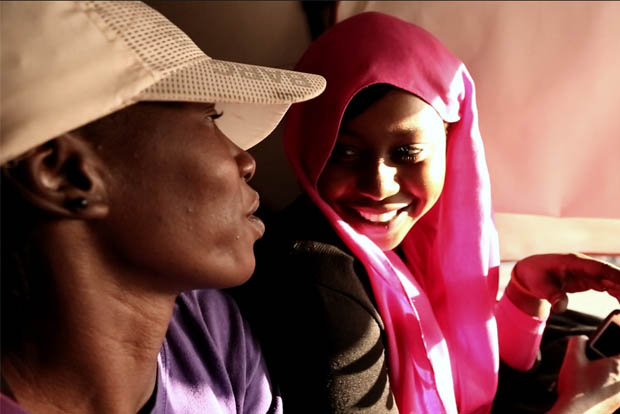 The 2019 edition of the festival will present an extensive retrospective of African American cinema. The competition section will focus on the struggles of African women

The 16th edition of the Tarifa-Tangier African Film Festival (FCAT) will be held on both sides of the Strait of Gibraltar from 25th April to 4th May, in two towns and on two continents simultaneously. The festival programme showcases African American cinema, feminism and political activism. “The programme pays tribute to the richness and diversity of African and diaspora cinema”, said Mane Cisneros, director of the festival.

FCAT is the only transnational festival to take place simultaneously in Spain and Morocco.

In Tangier, film screenings will be held at a greater number of venues than last year: the Cervantes Institute will host several films, while others will be shown outdoors in working class districts and at schools, colleges, associations and NGOS in three towns: Tangier, Tetouan and Chefchaouen. Residents will be able to enjoy nocturnal screenings in the open air, as the films move out of traditional cinemas and onto the streets. “It’s an enriching experience from a festival which has never once flinched when faced with challenges”, explains the director.

For the first time in the history of FCAT, the 14 competition films are directed by equal numbers of male and female directors, with seven male and seven female directors from ten different countries. This serendipitous gender parity is evidence of the progress made by female directors in Africa. Among the films competing for Best Feature Film at the 16th edition of FCAT are Sofia, a drama by Moroccan director Meryem Benm’Barek (Best Screenplay at the 2018 Cannes Festival), the Tunisian film Weldi by Mohamed Ben Attia (selected for Directors’ Fortnight at Cannes in 2018), Renault 12 by French-Moroccan director Mohamed El Khatib, the Ethiopian-Israeli co-production Fig Tree by Alamork Davidian, and the Egyptian documentary Al Gami’ya by Reem Saleh.

Meanwhile, the official selection Shortly features 16 short films, including both fiction films and documentaries from eleven African countries. The films examine a number of themes: women’s rights, the growing female presence in the world of sport, and changing definitions of masculinity. The South African short film Belly Flop by Jeremy Collins tells the story of a young swimmer.

Other themes, such as women’s football in Africa and the role of women in their countries of origin, as well as black feminism through a literary lens, will form the basis of the activities at this year’s festival. Drawings by Moroccan illustrator Zainab Fasiki will be exhibited in Tarifa during the festival and “confirm that women play a key role in the 16th edition of FCAT”, in the words of Mane Cisneros.

The American continent will make a guest appearance at this edition

FCAT 2019 will also host a wide range of cinema from the American continent. The Reminiscence Screenings – African American Stories retrospective offers an extensive selection of films which have shaped the history of African American cinema. Among the films screened, the audience will be able to discover the work of pioneers who picked up their cameras to condemn the racist clichés present in Hollywood, as well as the latest film by Spike Lee, BlacKkKlansman (2018).

Compiled by Keith Shiri, the programmer of the London Film Festival, this section will bring together 14 films which demonstrate the significance of African American cinema, from the racial films of the silent cinema era to racial segregation in the United States, the Blaxploitation movement and contemporary directors such as Spike Lee, Julie Dash, Kasi Lemmons and Marlon Rigg.

The success of stars like Denzel Washington, Idris Elba and Omar Sy, as well as Steve McQueen’s 2014 performance at the Oscars, have raised awareness among young Africans and made them increasingly keen to see themselves represented by black actors in leading roles.

The Third Root section includes five films made by Latin American directors of African origin which deal with the issues faced by black communities in several Latin American countries. As part of the International Decade for People of African Descent declared by the United Nations in 2015, FCAT is now consolidating a new line of work focusing on Afro-descendants in Latin America.

In this new approach, the festival will employ cinema to assess the visibility of black populations in a continent where the Afro-descendant population stands at 200 million people (of a total of 625 million Latin Americans). This year, FCAT will focus on three countries selected on the basis of two criteria: their national cinematographic production and the proportion of Afro-descendants among the population. The selection will present five fiction features from Colombia, Mexico and the Dominican Republic.

Moroccan artist Zainab Fasiki will present the exhibition Hshouma in Tarifa. The project was developed at El Ranchito, an artistic residency programme held at the Matadero (Madrid) in June 2018, in collaboration with the Queens Collective in Marrakesh. The word hshouma comes from one of the Moroccan dialects and means ‘taboo’, a subject which must not be discussed. In Morocco, taboos linked to various aspects of society prevent certain subjects from being addressed both at home and at school. The lack of communication about these issues gives rise to numerous social problems, as young people acquire erroneous knowledge about key topics which should be taught by professionals in the education system.

The illustrations presented by the artist in Tarifa depict some of the most deeply rooted taboos in Moroccan society: sex education, gender equality, the body, violence, discrimination and freedom.

At the age of just 24 years old, Zainab Fasiki has become a feminist role model in the Arab world. Her determination to ensure that the difficulties faced by women in Morocco are seen all over the world has led her to exhibit her work in numerous countries.