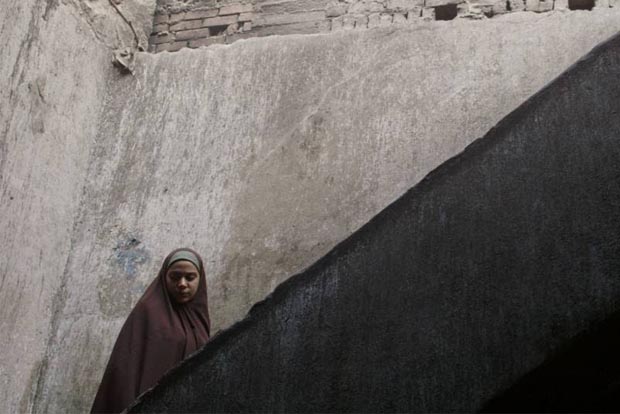 Young actress Maggie Mulubwa, star of the feature film I Am Not a Witch by Rungano Nyoni, wins Best Actress.

The Audience Award goes to The Beauty And The Dogs by Kaouther Ben Hania.

The big winner of the 15th edition of the Tarifa-Tangiers African Film Festival (FCAT 2018) is Egyptian director Ahmed Fawzi Saleh with Poisonous Roses (Ward Masmoum), which won the Best Fiction Feature Award. The film tells the story of a young man seeking to flee the neighbourhood of Egyptian tanners where he lives and works. His sister Taheya does everything in her power to stop him. In the message which he sent to the audience from Cairo following the closing ceremony, Saleh said: “I would like to thank the jury and the town of Tarifa. I spent a very pleasant few days in Spain”. The film had its Spanish premiere at FCAT.

The official jury of the festival, which included Senegalese film-maker Angèle Diabang, Spanish critic and programmer Luis E. Parés, Alex Moussa from Burkina Faso, Moroccan director Tala Hadid and film-maker and programmer at the Berlinale Dorothee Wenner, decided to award him this prize “for his innovation and originality, and for his almost documentary perspective which seeks to faithfully portray reality. For his extraordinary portrait of a woman oppressed in a hostile environment”.

This prize was awarded to Boxing Libreville (Gabon, 2018), directed by Amédée Pacôme Nkoulou. The young Gabonese film-maker travelled to Tarifa and Tangiers to present his film at the festival and to interact with the audience and national and international journalists. In 54 minutes, Boxing Libreville tells the story of Christ, a young boxer who trains ceaselessly by day. By night, he works as a security guard at nightclubs in order to make a living. Meanwhile, another struggle is taking place: the presidential elections. Through this documentary, the young director questions whether or not there is hope for a democratic transition in his country. The film was screened for the first time in Spain and Morocco during FCAT.

The jury chose the film “due to the proximity of its main character and the way in which the director follows him in his daily microcosm”.

Burundian documentary Lendemains Incertains by director Eddy Munyaneza received special mention from the jury “for the strength, courage and commitment of its director”.

After receiving an award at the BAFTA Awards in the UK in 2018, I Am Not a Witch de Rungano Nyoni continues to collect prizes around the world. On this occasion, young actress Maggie Mulubwa, aged 9 years old, won the Best Actress Award at the 15th edition of the Tarifa-Tangiers African Film Festival (FCAT 2018).

This is the first time that the FCAT jury has awarded this prize to a child actor, citing “her dazzling acting, and the naturalness and range of nuances which she deploys, from magic to poetry”.  The award is funded by the Women for African Foundation.

The film The Beauty And The Dogs by Tunisian director Kaouther Ben Hania won the Audience Award, voted by the festival audience at the end of each screening of the films selected for the competition section ‘Long-Sightedness’. The presence of the lead actress, Mariem Ferjani, at the festival drew attention from the Spanish media due to the resemblance between the gang rape case in Tunisia condemned by the film and the case of the Wolf Pack in Spain. During a debate at FCAT, Ferjani declared that “the mere fact that there is media coverage of this case means that people are aware of how serious the problem is, and that it must be talked about”.

The six members of the CineCádiz association awarded the Best Short Film Award to Tikitak-A-Soulima by Moroccan director Ayoub Layoussifi “for portraying 28 minutes of our childhood through the eyes of the leading actor, and for depicting the naturalness of the characters and their context with dexterity and excellent technical skill”. The jury also gave special mention to I Am Sheriff by South African director Teboho Edkins. The prize is funded by The Riad hotel in Tarifa.

The CinePalium Festival in Palo del Colle, Italy, has awarded an honorary prize to the feature film I Am Not a Witch by Rungano Nyoni (Zambia) “for her ability to depict hidden identities and truths using satire and inspiration from a true story, with an independent vision and great narrative strength”.  This year, FCAT and CinePalium have signed a twinning agreement between the two festivals.

The programme for the 15th edition of FCAT featured 80 films, including 36 premieres in Spain, 30 films in the competition section, 6 prizes and more than 30 countries represented. The largest African film festival in the Hispanic world took place from 27th April to 5th May 2018 in Tarifa, Spain. For the third consecutive year, the festival was also held at the Cinémathèque de Tangiers, the city facing Tarifa on the other side of the Gibraltar Strait in Morocco, from 26th April to 3rd May.