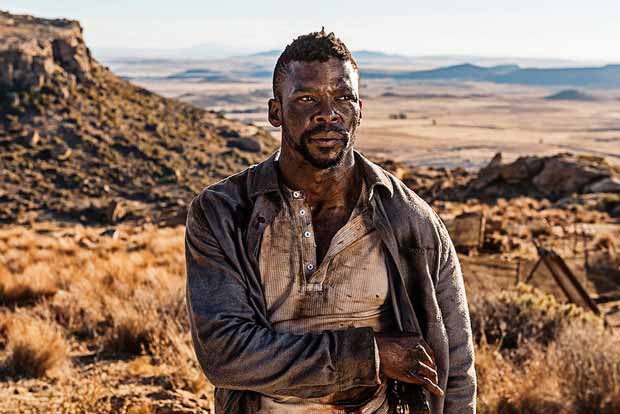 FCAT will pay tribute to Nelson Mandela on the centenary of his birth, and to Winnie Mandela, who recently passed away.

Five Fingers for Marseilles will compete for the prize for best fiction feature film.

Tarifa, 25rd April 2018. The programme for FCAT’s 15th edition brings together eighty films divided into six sections – Long-Sightedness, Shortly, Afroscope, Around Bouanani, Afrodescendants and 15 Years of FCAT – including thirty six premieres in Spain, and two world premieres. The film I Am Not A Witch, Zambian director Rungano Nyoni’s debut feature, will open this edition of the festival. A tragic tale whose magical realism moved the audience at last year’s Cannes Festival, which tells the story of a young girl held in one of the witch camps which continue to exist in some African countries. Once again, artistic quality took precedent over content in the selection of the films from the African continent to be screened in Tarifa and Tangiers from 27th April to 5th May, not only in two different cities, but in two different continents and two different worlds.

South Africa will be extensively represented at FCAT 2018. The film Five Fingers for Marseilles by Michael Matthews, a Western set in the apartheid era, is nominated for best fiction feature in the official section, Long-Sightedness. In addition, two South African short films will complete in the Shortly section. The first is I Am Sheriff by Teboho Edkins, which tells the story of Sheriff, who travels across Lesotho to speak of the frustration of being born the wrong sex. The second is the experimental short film When I Grow Up I Want To Be a Black Man by Jyoti Mistri, which will also compete for the prize for best short film.

Meanwhile, the multi-award winning film Inxeba (The Wound) by John Trengove will be screened in the Afroscope section, which aims to offer a different perspective on the African continent. South Africa will also be present in the retrospective organised to mark FCAT’s 15th anniversary, featuring 15 titles which have received the audience and jury awards in previous editions. Among these are Gangster Project by Teboho Edkins, a story which straddles fiction and documentary in its depiction of violence in Cape Town.

Finally, FCAT dedicates this special edition to Nelson Mandela to mark the centenary of his birth, to Hugh Masekela, who passed away in January, and to Winnie Mandela, who also left us on 2nd April. In their memory, there will be a screening of the film Mandela, Son of Africa, Father of a Nation by Angus Gibson and Jo Menell.