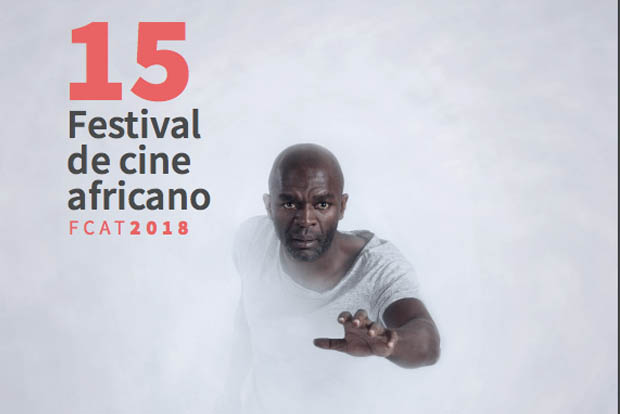 Madrid 22 March 2018. 2018 marks the 15th anniversary of the Tarifa-Tangier African Film Festival (FCAT). Looking back, FCAT has turned into a unique platform for the dissemination of African cinema in the Spanish-speaking countries across the world. The festival, which last year was attended by 13,000 spectators has managed to show the diverse and rich realities of this continent from the perspective of African filmmakers.

15th edition launch event held in Madrid, the director of the festival, Mane Cisneros, announced that FCAT 2018 will take place from 27 April to 5 May in Tarifa (Spain) and Tangier (Morocco). She also highlighted that this event “fulfils the old dream of linking two continents through culture, becoming the only transboundary and transcontinental film event held simultaneously in Europe and in Africa”.

The mayor of Tarifa, Francisco Ruiz Giráldez, for whom culture is “the best tool” for dialogue, pointed out that “to believe in cultural partnerships, in the attractive aspect of borders, means to invest time and resources”. Ruiz added that “fifteen years are little time to change social practices, but it is a start to soften the borders”.

The FCAT 2018 official poster, which was unveiled during the presentation, makes a strong call to give  more visibility to Black Spanish artists in cinema, performing arts and music. The person depicted in the poster is the Spanish actor Emilio Buale, who began his career in Imanol Uribe’s film Bwana, and symbolizes the 15 years of festival and its major role to multiply the reach of African film productions. According to Mane Cisneros, ” FCAT has become a school for experts in African Cinema in Spain”.

In fact, cinema involving Spain’s afro-descendants will be the center of attention during “The Palaver Tree”, an event enabling dialogue between the public, the festival’s guests and the media, which has been held for 6 editions as part of the festival’s programme, with the sponsorship of the ACERCA Programme of the Spanish Agency for International Cooperation and Development (AECID). As in previous years, the Palaver Tree will continue to offer a space and time to meet up, share knowledge and exchange points of view between actors and film professionals from Africa and those of the diaspora in Spain, France, Italy, the United Kingdom and Portugal. The aim of this meeting is to create networks that may lead to future joint projects between Africa and the diaspora in Europe.

In the Palaver Tree, the complexity of the film industry and its different realities will be discussed by filmmakers like Fred Kudjo Kuwornu (Italy-Ghana), Santiago Zannou (Spain-Benin) and Newton Aduaka (United Kingdom-Nigeria) and the actors Iris Peynado (Italy-Dominican Republic), Ângelo Torres (Portugal-Guinea Bissau), Armando Buika (Spain-Equatorial Guinea) and Emilio Buale (Spain-Equatorial Guinea), among others. Poetry, theatre and a contemporary flamenco show by Yinka Esi Graves (United Kingdom-Ghana) will be the icing on the cake.

On the other hand, FCAT 2018 will devote a retrospective to the historic Moroccan filmmaker Ahmad Bouanani (1938-2011) who was born in Casablanca and studied cinema at the Institut des Hautes Études Cinématographiques (IDHEC) in Paris. Bouanani did not only work as a director, but also as an editor and a screenwriter for other Moroccan filmmakers, in addition to publishing several volumes of poetry. This retrospective was presented for the first time at the Berlinale in 2017.

The launch event kicked off with a concert by the singer Biselé, of Guinean origins and born in the Canary Islands, whose stage name is taken from the ethnic group of her mother. She spiced up the festival with an acoustic concert combining jazz, flamenco and Guinean music.

The complete programme of FCAT 2018 will be available at the beginning of April.

Photos of the presentation in Madrid