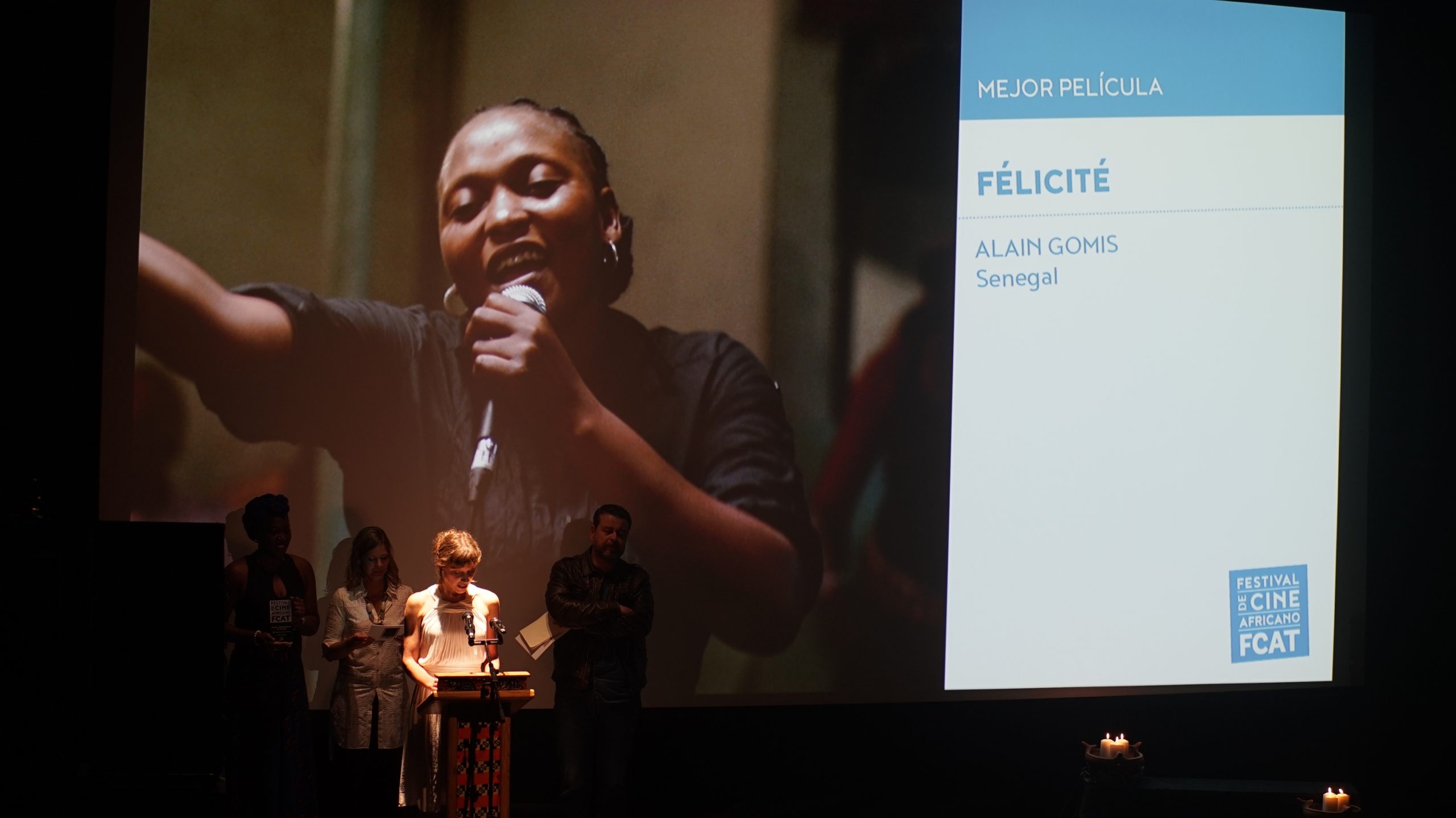 Six awards were given at the closing ceremony of the 14th African Film Festival of Tarifa and Tangier, which took place from 28 April until 6 May in Tarifa, Spain, and from 30 April until 5 May in Tangier, Morocco.

The Official Jury composed of Moroccan actor and director Faouzi Bensaïdi, the film aesthetics professor and film researcher Ikbal Zalila and Egyptian filmmaker Jihan El Tahri awarded the festival’s highest prize, the Best Feature Film Fiction award, to Félicité – the film that opened the 14th edition of the festival. Félicité, by Alain Gomis, (Senegal/France, 2016) narrates the story of a courageous mother starring Véronique Tschanda Beya, the Congolese actress who was also present during the festival.

“This is excellent news and a true honor for me” – said Alain Gomis in a statement sent to the festival, which also dedicated an entire retrospective section to his filmography. “Now with this prize I regret even more that I could not be present among you” – laments the director, who wrote these words from Seoul, where his film was being premiered. “Right now my deepest thoughts are directed to the film crew, to all the actors, in particular the great actress Véro Tschanda Beya, the singer Muambuyi, the musicians and the population of Kinshasa and the Democratic Republic of Congo, which continues to suffer great political instability. I wish you all the creative and enduring strength with which you have inspired the world for so many years”- concluded the director.

Best Documentary in the Long-sightedness section

This prize was awarded to Atlal (Algeria/France, 2016) directed by Djamel Kerkar, who has also been present in Tarifa during the festival’s week. Atlal is a non-fiction feature film that breaks conventional filmmaking rules and tells the story of a small village near Alger which suffered heavily the consequences of terrorism from 1991 until 2002. Atlal is Kerkar’s first feature film and has already won at FID Marseille as well as at Med Film Festival in 2016. The director thanked for the award through a video, citing a poem by Ibrahim Nagui, Al Atlal, which has also been sung by the great Egyptian singer Oum Kalthoum.

In this 14th edition of the festival, a large number of North African films were showcased. The jury opted for Ala Eddine Slim’s The Last of Us (Tunisia, 2016) as the best Arabic feature film. The film, without dialogue or voice off, defies conventional cinema, poetically narrating the story of a young man who plans to cross the sea towards Europe. His journey through different and infinite spaces finally comes to a meeting with an altered image of himself. The Best Arabic Feature Film of the Long-sightedness section was sponsored by the Halal Institute.

Honorine Munyole, the protagonist of Maman Colonelle (Democratic Republic of Congo/France, 2016), won the best actress award for her role of just being herself in the documentary directed by Dieudo Hamadi. The jury gave this edition’s most original award to Colonel Munyole for creating a universal portrait of a brave and tenacious police woman officer working to protect women and children in the war-haunted areas of the Democratic Republic of Congo. The jury explained that “the presence of the camera turns a person into a character”, regardless of the character of the film, whether fiction or documentary. The award for the best actress in the Long-sightedness section was sponsored by the Women for Africa Foundation.

Wallay directed by Berni Goldblat (Burkina Faso/France/Qatar, 2017) won the Audience Award, which was voted by festival-goers. Wallay is also selected for the 2017 Cannes Film Festival, as Goldblat announced yesterday in Tarifa. The film tells the story of Ady, a 13-year-old boy who lives in France, and whom his father decided to send to Burkina Faso, his country of origin. The Audience Award is sponsored by the Associacion de Hosteleros de Tarifa.

The main support to the festival came this year from the city hall of Tarifa, the Cadiz provincial council, the Spanish Embassy in Morocco and the Spanish Agency for International Cooperation for Development (AECID).

In addition, the festival is supported by the companies Aqualia, FRS and Alsa Tánger, as well as by Casa África, Casa Árabe, the Tres Culturas Foundation, Chaabi Bank Spain and in collaboration with the Ministry of Culture.

In addition to these, the FCAT was supported by the Institute of Mediterranean Studies (IEMED), the French Institute of Seville, La Caixa Tarifa, the American Legation of Tangier, the city hall of El Puerto de Santa María as well as the schools IES Severo Ochoa and Ramón y Cajal de Tangier.

PrevAnteriorArtivism: South African Art in the apartheid and post-apartheid era
SiguienteTarifa-Tangier African Film Festival celebrates 15 years with a look at the African diasporaNext