Artivism: South African Art in the apartheid and post-apartheid era 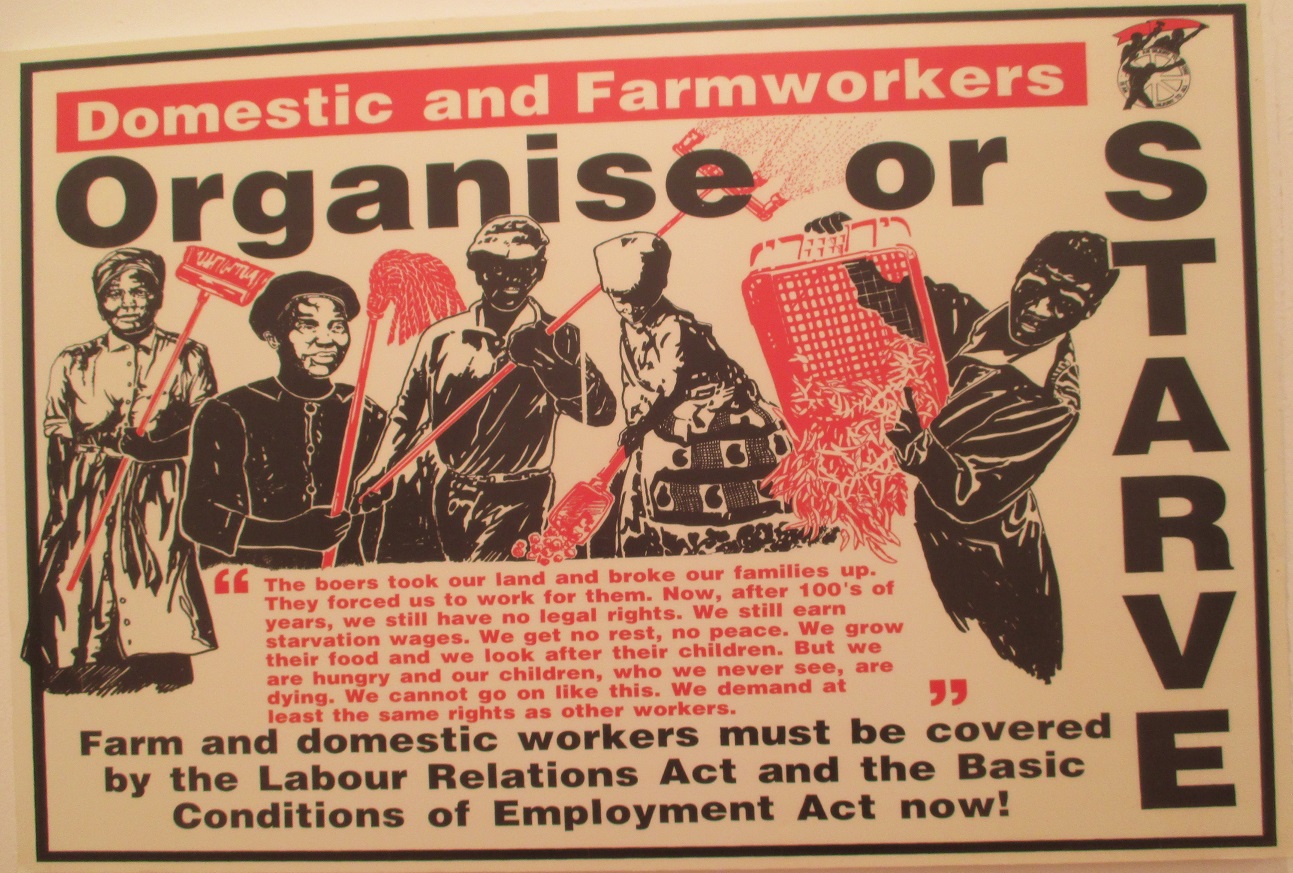 The apartheid and post-apartheid era in South Africa were addressed at the 14th FCAT with the screening of three films: Nelson Mandela: the Myth and me, a documentary by Khalo Matabane, Miners shot down a documentary by Rehad Desai and the fiction feature Zulu love letter by Ramadan Suleman, along with an interesting exhibition, which was borne out of research carried by Estefanía Pereira Tavira. The Artivism art collection consists of 48 posters made by different liberation and cultural rights groups during the 1970s and 1980s: years after the introduction of the Bantu Homeland Citizens Act when forced relocations to the “Bantustans” resulted in protests escalation, and in mass production of anti-apartheid posters. The Artivism Art and Film section, sponsored by the Spanish public entity Casa Africa, allows us to reflect directly on this phenomenon and becomes an excellent tool for raising public awareness through art.

To understand fully the message of the Artivism, we should know first, what exactly apartheid was.

Apartheid, institutionalized from 1948 to 1994, was a system of complicated rules aimed to keep racial groups separated and maintain white supremacy within the country that affected every aspect of life in South Africa. Let’s have look at the most important laws.

1949: The Prohibition of Mixed Marriages Act outlawed marriages between whites and people of other races.

1950: The Population Registration Act required all South Africans to be racially classified into one of four groups: white, black, colored, or Indian.  The Immorality Act made sexual relations with a person of a different race a criminal offense. The Passage Law prohibited physical displacement of black people from rural areas to cities, obligating them to obtain a visitation pass and limiting their stay in a city to three days.  And the Suppression of Communism Act which criminalized the Communist Party in South Africa. However, in this case, communism was loosely defined and could include any ideology that called for a significant change, so the law was generally aimed to silence anti-apartheid activists.

1952: Natives Act (Abolition of Passes and Coordination of Documents Act) required black South Africans over 16-years-old to carry identification including a photograph, race category and a place of origin, along with listed information on employment and encounters with the police.

1959: The Extension of University Education Act made it illegal for students classified as black or ccoloredto register at an open university without the written permission of the Minister of Internal Affairs.

1970: The Bantu Homelands Citizens Act took away state citizenship from black South Africans and classified them into ethnic groups. Each group was separated into different homelands, called “Bantustans”, that were independent of South Africa. Black people within these homelands needed special permission to leave and had to carry a passport.

The introduction of every new law resulted in protests, first peaceful, and then more violent and bloodily repressed, resulting in thousands of deaths and a state of emergency. In 1984, the constitution of the Tricameral Parliament, where white, Indian and coloured people had their representatives, but Blacks were excluded, also resulted in strong social upheavals.

Such a system could not last forever in a civilised world, and finally the ruling National Party entered between 1987 and 1993 into bilateral negotiations with the African National Congress, the leading anti-apartheid political movement, for ending segregation and introducing majority rule. In 1990, Nelson Mandela was released from detention after spending 27 years in prison. Apartheid legislation was abolished in 1991, and a multiracial election was set for April 1994.

In 1994 Nelson Mandela party won the election. The idea of a better future started to take shape. But can we say that from this point of time the South Africans – black, white or coloured – have “lived happily ever after”? The answer is that the reality in South Africa has never been a fairy tale.

Ramadan Suleman’s film shows that, after the end of apartheid, the trauma of black South African people was still very much alive. The fiction story of Zulu love letter was set in 1996, two years after the 1994 election that brought Nelson Mandela to power. It refers to an assassination perpetrated thirteen years earlier on Dineo, young girl and Black Power activist. Thandeka, the main character was a black  journalist woman who witnessed and then reported the crime, and was imprisoned for 5 months, where she suffered heavy beatings while being pregnant. This resulted in giving birth to a deaf-and-dumb girl. At the end of the apartheid era, Thandeka, as many other black people, was still tormented by guilt, grief and hate. And she had to confront the painful past when Dineo mother wanted the journalist to find her daughter’s body, so she could give her a proper burial. But Thandeka had to find Dineo’s murderers first, what appeared to be extremely risky, since there were still people who could be “touched”.

The 2014’ Miners shot down documentary by Rehad Desai reports even a more painful and pessimist reality of the black people working in the platinum mines. A six-day miners’ strike in August 2012 in Maricana ended with a massacre, in which 38 people were shot down, and however protests and bloody shootings were nothing new – this time there were black people who killed other blacks. The Interior Minister was black, the police were black, soldiers were black, and the Syndicate leader, who had previously fought shoulder to shoulder with Nelson Mandela was black – but now cooperating with the establishment, and granted with shareholdings of the mining company.

Nelson Mandela’s new South Africa was scarred by centuries of racial and economic discrimination. But has the country built for decades on hate and divisions really changed during the post-apartheid era?  The 2013’ documentary by Khalo Matabane Nelson Mandela: the Myth and me, gives us an answer: “South Africa remains one of the most unequal countries in the world. 4, 5 million white South African own 22% of the country wealth. 41 million of black South Africans own 21% of the country’s wealth and only 13% of cultivated land. Although the government has built over 2 million houses, 14% of households live in shacks and less than a half of the population completed the high school.’

The Truth and Reconciliation Commission instigated by Mandela sat for 21 months and examined the cases of over 21 thousand victims, perpetrators and witnesses. Offenders were in effect amnestied. Only five people have been tried for crimes against humanity during the apartheid era.