‘Félicité’ inaugurates the African Film Festival of Tarifa and Tangier 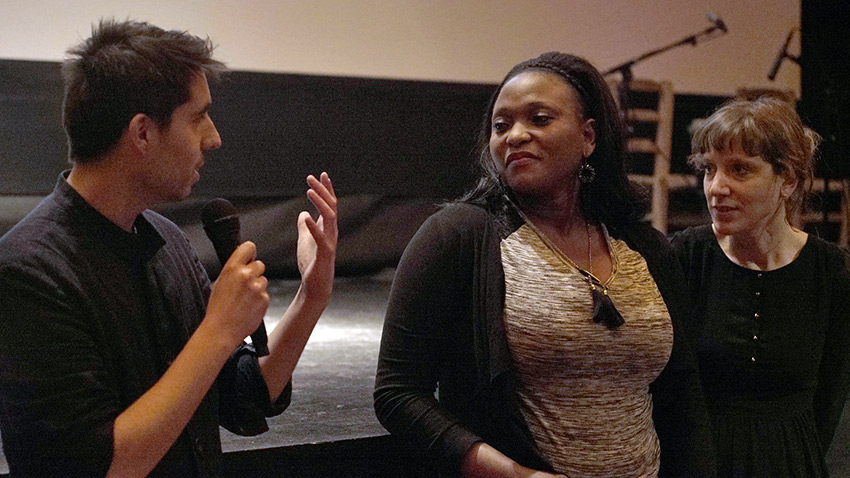 The 14th edition of the African Film Festival of Tarifa and Tangier (FCAT) kicked off on Friday 28 April in Tarifa’s Theater Alameda. Filmmakers, guests, media persons and dignitaries from all walks of life turned out for the festival’s opening film, the acclaimed feature-length film Felicité, written and directed by Alain Gomis, himself a previous FCAT participant. Véro Tschanda Beya, its leading actress, who made her debut in cinema with this role, presented the film, accompanied on stage by the Spanish film critic Javier Estrada.

Seventy films will be presented originating from Africa and the African Arab world or relating to African themes. Twenty of these titles, both in the competition and in parallel sections, will be premieres in Spain and one of them, the French-German documentary Fais soin de toi by Mohamed Lakhdar Tati, will premiere internationally at FCAT 2017.

The non-competitive sections will feature the participation in Tarifa and Tangier of Alejandro G. Salgado and Irene Hens, director and producer of Bolingo, el bosque del amor, an award-winning Andalusian production; Ahmed Hammoud and Shakir Ben Omar, leading actors of Mimosas by Oliver Laxe, and Marc Serena, director of Tchindas. They will be joined by other Andalusian directors working on African themes, as the south of Spain has seen a proliferation of films focusing on the African continent in recent years. This section will feature titles such as Gurumbé. Canciones de tu memoria negra, attended by its director, Miguel Angel Rosales; Ismael. El último guardián, accompanied by filmmaker Myriam Pedrero; and Quivir, followed by a discussion with director Manu Trillo and other members of the film crew in Tarifa. The aim is to create opportunities for a cross-dialogue between Andalusian and African filmmakers in this new African-Andalusian section.